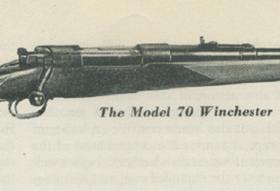 If you know rifles, you know that the pre-64 Winchester Model 70 is the ne plus ultra of the rifle world. This rifle was manufactured first in 1936, with an eventual total productipn of 1.5 Million! Everyone from Ernest Hemmingway to Clark Gable carried this rifle from all over the world, from Botswana to Alaska.

Compromises in production and cost-cutting measures meant that the legacy didn’t continue true after the 1964 date.  The post-64 Model 70 remained a good rifle, but it had once been a great one!  So, the dedicated rifleman seeks the pinnacle of the American rifle maker’s art, and store shelves and gun shows always demand a premium for this fine rifle line.

Which is why it is wise to check the Lock, Stock & Barrel website on a weekly basis!  Right now we have ELEVEN Pre-64 Model 70s going up this week, including a Top-of-the-Line Super Grade!  Ranging in caliber from 220 Swift to a mighty .375 Magnum, and featuring several chambered in .30-06 and .270, (worthy of a separate article, but surely, America’s rifle caliber!) we have a Pre-64 to suit just about any taste or need. 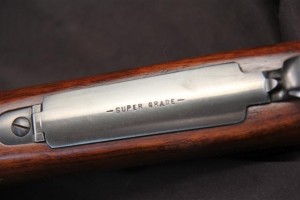 Here’s why they are so highly prized:  It featured a high-quality action of considerable strength, with 2 forward locking lugs and a Mauser-type non-rotating claw extractor. The key benefit of the Mauser-type extractor, compared to later versions is that it captures the rim of a cartridge as it is fed upwards from the magazine and controls its journey forward into the rifle’s chamber. This is called “controlled round feeding” and is favored by shooters who prefer rifles to feed reliably, especially those who pursue dangerous game. The ejector was of the blade type similar to that of the Mauser 98, but considered superior as it did not require a Mauser-type slot through the left locking lug; instead there was a slot in the bolt face below the locking lug, leaving both forward lugs solid and hence stronger. The blade type ejector is simpler and more reliable than the later post-’64 plunger ejector in the bolt face.

Other significant features of this action include a three position wing type safety, a cone breeching system that helps prevent bullet nose damage while loading a cartridge from the magazine, a machined, not stamped, steel trigger guard and floor plate, one piece bolt construction, and a trigger adjustable for pull weight and over-travel.

Because of these attributes, the Model 70 quickly established an excellent reputation with American sportsmen. Heck, the Winchester Model 70 has been proposed by the Alaskan senate as the official state firearm for its widespread usage during the taming of Alaska!

Blued steel and wood.  These are the worthy artifacts of a great age in American manufacturing.  Give these fine rifles a look.  Modern rifles are great, no doubt, but these hand-built and fitted beauties are the standard by which all other rifles are measured.  And available for now for purchase here at Lock Stock & Barrel Investments. 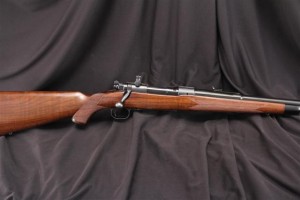