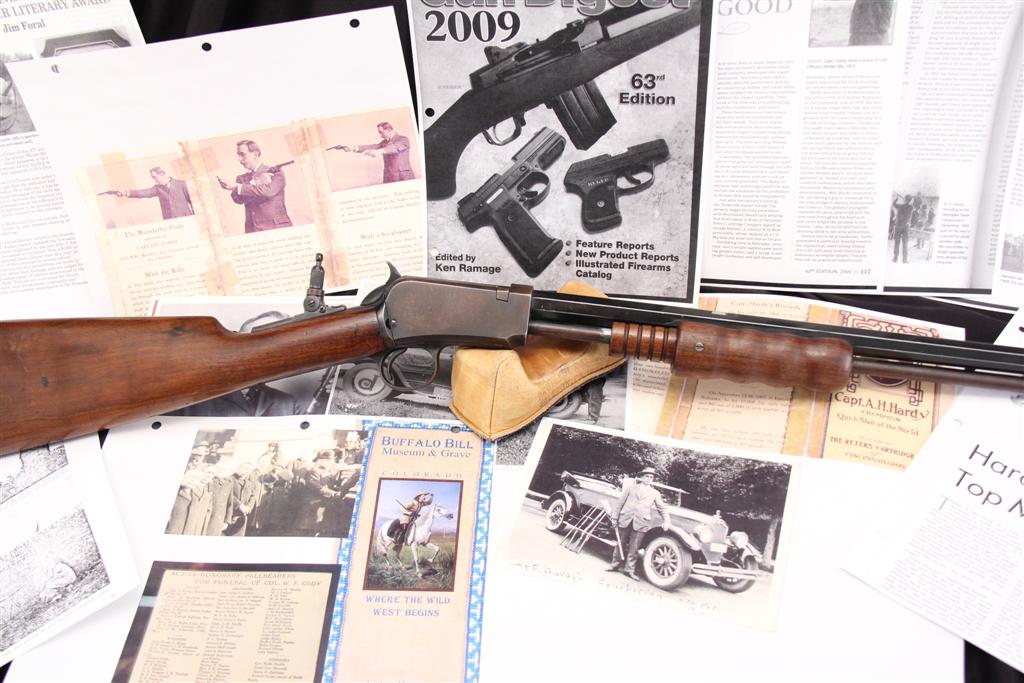 Where have they gone?  Once a staple of carnivals, circuses, and an essential part of any county fair, exhibition shooters drew large crowds of admiring fans, who respected and appreciated their skill with pistols, rifles, and shotguns.  Annie Oakley, Ad and Plinky Topperwein, and Herb Parsons, all plied their trades, and made a good living, using their remarkable skills with firearms. While we may bemoan the passing of such men and women from the scene, shooting skill is still very much in evidence in our various shooting sports.  Witness the feats of our very own Spencer Hoglund, know better to the shooting world as Lead Dispencer, 2011 World Champion Cowboy Action Shooter!

The internet and Youtube can be your friend here; as can cable television.  You certainly don’t expect to find shooting programs on the mainstream media, where trite, valueless programming, awash in political correctness, is the only tripe they feel is worth broadcasting.  Meanwhile, the wealth of shooting programs beginning to gain popularity on various cable networks, suggests that the time might be ripe for a resurgence of the demonstrations of these skills.

Still, so far, the exhibition shooters seem to have fallen by the wayside in popular culture, as today’s youth play today with airsoft or paintball guns, or play Call Of Duty on one- dimensional computer screens.

So when an artifact with this sort of provenance comes in to Lock, Stock, & Barrel, we are delighted to be able to offer it to you at a LS&B auction.

This is a very late modelWinchester1890 pump action rifle, belonging to then-famous exhibition shooter, Captain A.H. Hardy.  It is reputedly, and the serial numbers bear it out, the very last Model 1890 ever made.  In the accompanying documentation photos, the unique pump fore grip that Hardy had attached to the fore end is in clear view.  This is Hardy’s rifle; no doubt about it.  (The pictures themselves are fascinating, and speak to a better time inAmerica!)

Captain Hardy was famed for his skill, eclipsing records wherever and whenever he shot.  His demonstrations of shooting prowess attracted thousands of fans.  While handy with revolvers and shotguns as well, the self-schooled Hardy, a rangy saddlemaker fromNebraska,  reached the pinnacle of his fame with a rifle, once shooting 13,066 hand thrown 2 ¼ wooden balls in a row – without a single miss!  Try hitting a few of those with a rimfire rifle, sometime!

No doubt; Hardy was a special talent.  And this 1890Winchester, with its stainless barrel, peep sight, and custom fore end, and, most of all, Captain A.H. Hardy provenance, is a special rifle.  1890s are already quite collectible; this one is even more so. YOU could own it, too; but you’ll have to supply your own 13,000 wood spheres! 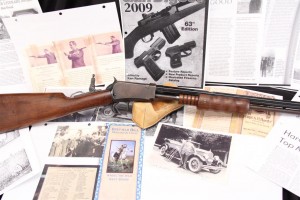 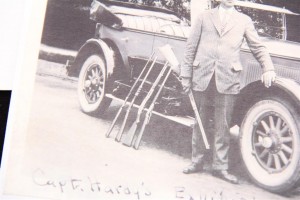