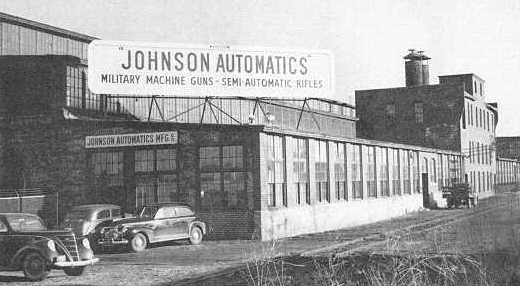 The Johnson Rifle ~ The Rifle That Was Never Adopted, But Served!

One of the more interesting rifles ever to be utilized by the U.S. military, the Johnson was a unique and  innovative and design, well ahead of the curve of the military thinking of the time.

Allow me to suggest that the people who are in on the development and procurement of military hardware should be required to actually use the things which they provide to front line troops.  The Johnson was indeed a fresh and challenging design, at a time when there was little orthodoxy as to the Next Wave in battle rifles.  Had it been the beneficiary of the time and developmental funding that the equally worthy Garand received, it might have evolved to be far more than a footnote in the annals of military history.

Melvin Maynard Johnson, Jr, fit the bill, as an innovator, and employer of the tool, as well.  He was an inventor, a Marine Corps Reserve officer, and enough of a businessman to see his forward-thinking design into production and sale.   Strides in technology after the First World War had not been matched in the battlefield rifle that most troops carried; many were armed for the Second Conflict with virtually the same robust, but slow-firing weapons with which they had marched off into the First World War.

In 1936, the same year that the Army adopted their in-house designed Garand, Johnson patented his ten-shot, recoil-operated, semi-automatic rifle.  The advantages of a ten-shot magazine and rapid firepower would never be lost on a foot soldier!  The U.S. Army found it to be generally the equal of the Garand, but, with war coming, there was no need to pursue the development of some competing design.  The Garand was, after all, perfectly satisfactory, and superior to every other battle rifle on the planet at the time.  Still, one must wonder at what might have become of the Johnson design, had it been lavished with equal research and development efforts from which the Garand benefitted. Rather, the early rifles were produced in Johnson’s own workshop, and Johnson rifle prototypes were ultimately submitted to the Marines, as well the Dutch, British, Canadian, and French governments for testing.  With war on the horizon, they found their way into some interesting hands.

Now, the .30-06, for which it was chambered, is a long cartridge; not ideally suited to a semi-auto action.  But, the U.S. Military had adopted it back in 1906; billions of rounds were in inventory, factories were tooled up to produce it, and, with war looming, designers would simply have to accommodate the Army’s existing round.  (John Garand ran into a similar issue, while developing the M1.  .30-06 was not his choice.)  Johnson navigated around this by creating a short recoil system that cut the recoil mechanism into two parts, which had the additional feature of somewhat softening the recoil of this rifle, compared to the Garand.  Upon firing, the barrel retracts about a half inch, then unlocks the rotary bolt, much like any modern rifle.  It was this recoiling barrel action which discomfited the US Army; they wanted a stable platform on which to affix a bayonet.

The magazine was also interesting; a rotary magazine, much like the one used on the successful and ubiquitous Ruger 10-22, was employed.  It was stationary within the rifle, fed by common stripper clips, but, unlike the Garand which requires the use of the proprietary en bloc clip, the Johnson can also be fed single loose cartridges, in a pinch.

The rifle did work; at 9.5 lbs it was about the same weight as the Garand, was sufficiently accurate, and it was as viable a rifle as any of the early semi-automatics.  It certainly served better than adequately for the motley group of soldiers who carried it, and was regarded with some affection by more than a few.

But the rifle was never officially on the books of the U.S. Military.  As World War II loomed increasingly likely, the Dutch government hurriedly purchased some 30,000 of the design.  It was the Dutch who gave it the designation “M 1941,” and the handle stuck.  But Dutch Pacific holdings were quickly overrun by the forces of Imperial Japan, before most of the rifles could be delivered.  Liberated from undelivered crates literally left standing on docks in the South Pacific, these guns were so well-received by their users in jungle combat that the Special Marine Corps Parachute and Raider Battalions quickly pressed them into service, and much appreciated the Johnson for its many virtues.

Among these were the soft recoil, and superior rate of fire over any bolt action rifle.  Then, there was the ease of removing the barrel, breaking down the rifle into two parts, nearly reducing the size by half.   This was a veritable boon to parachute troops, who could move about easily in the cramped confines of a C-47, jump, and then have a full powered battle rifle at hand in just a few seconds.  The ParaMarines also adopted the equally interesting and rare Johnson Light Automatic Rifle, and were issued the infamous Reising submachine gun.  In their eagerness to dispose of the Reisings, it is small wonder that the Marines took such a liking to the vastly harder-hitting, and far more reliable Johnson Rifle!

Interesting hands, and appreciated by its users, indeed; it was also carried by the 1st Special Service Force, a combined US-Canadian special operations unit that served bravely in Europe.   You know them today as the Devil’s Brigade.

Defects were few.  The small size of the receiver aperture made clearing jams extremely difficult, and satisfying the Army requirements by attaching a bayonet for close-in work changed the weight and operating characteristics of the short-recoil barrel system.  Sometimes, it would double tap on a single trigger pull.  These niggles might have been easily resolved, given just a bit more time and developmental funding, but, the conflict was on, and the already-satisfactory Garand was to become the iconic U.S. rifle of the Second World War.

But you can’t keep a good rifle down; after the war, it was a component of the Israeli military in the early years, and, being officially off the books, but very much present, it made its way into more than a few Cuban expatriate’s hands, at the Bay of Pigs.

When I was 13, I was first introduced to this rifle.  A doughty ex-marine of my acquaintance  swore by them, had purchased a couple of them after the war for less than $50.00 each, and I spent more than a few fun-filled afternoons shooting up literally thousands of rounds of surplus ball ammo, without a care in the world.  Interestingly, that .30-06 recoil was never an issue for the 120 lb. teenager who sawed though all of his best friend’s dad’s ammo.

Melvin Johnson went on to work with Eugene Stoner, of the iconic AR-15/M-16 rifle.  The bolt on the AR series of rifles was modeled on the Johnson bolt design; so the genius of the overlooked Johnson design is with us to this day.  Not a bad heritage for an inventor working out of a garage in the 1930s!

Fast forward to today;  with such an interesting history and battle heritage, and being produced in such modest numbers, the Johnson Rifle is a highly desirable and collectable firearm; the kind of fine acquisition that one will find at Lock, Stock, And Barrel.