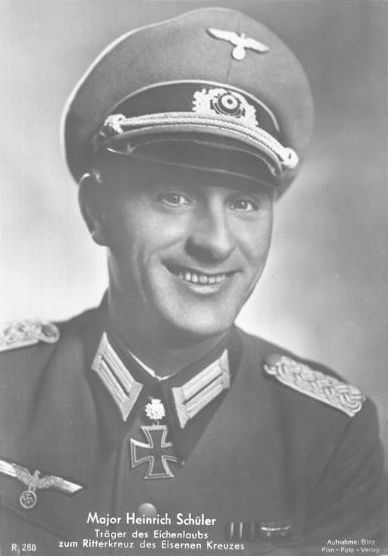 Heinrich Schüler (17 December 1903 – 12 January 1945) was a highly decorated Oberst der Reserve in the Wehrmacht during World War II. He was also a recipient of the Knight’s Cross of the Iron Cross With Oak Leaves. The Knight’s Cross of the Iron Cross and its higher grade Oak Leaves was awarded to recognise extreme battlefield bravery or successful military leadership. Heinrich Schüler was killed on 12 January 1945 near Weichselbogen, Poland, during the Vistula0Order Offensive.

This Knight’s Cross will be sold framed and displayed with the original certificate – Signed By Adolf Hitler. 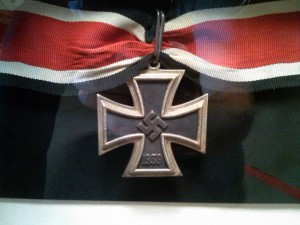 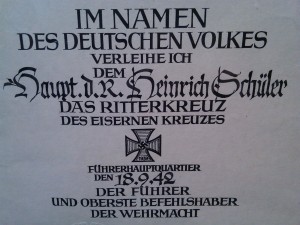 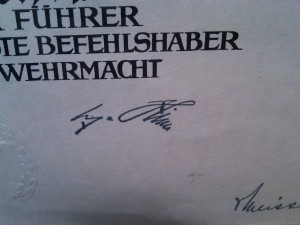