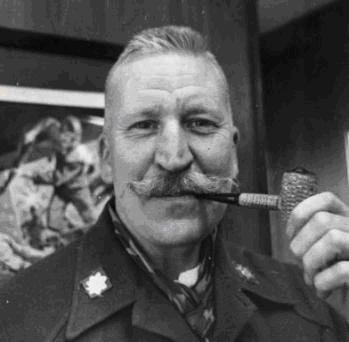 This is not a list of the highest awards for Valor awarded by the United States of America.  This is a list of awards for bravery earned by ONE incredible man, Col. Lewis Lee Millet, US Army.

One of the most interesting things about working at Lock, Stock, & Barrel, is the ongoing parade of characters who come through our store.  While we derive our firearms from a wide variety of sources, once in a while, along comes a source that is worthy of special mention.

Accordingly, allow us to introduce you to the firearms collection of Colonel Lewis Lee “Red” Millet.  We received this consignment from his son Lewis “Lee” Millet, who, along with the firearms, reacquainted us with this genuine American hero.

He served his country heroically in THREE wars; WWII, Korea, and Vietnam.

What a service career Col. Millet had!  Originally enlisting in the National Guard in 1940, as a high school junior (!), he transferred to the Field Artillery, and then to the Army Air Corps.  When the US was slow to enter WWII, he deserted the then-inactive US Army and hitchhiked to Canada to enlist in the Canadian Army.  He was sent to the United Kingdom, where he served in London during the Blitz.  Shortly after the U.S.entered the war in 1941, Millet took advantage of a provision that allowed American citizens serving with allied forces to transfer into the U.S.military.

It was there that he received his first award for heroism; during an engagement there, he drove a burning ammunition-filled half-track away from Allied soldiers, jumping to safety just before it exploded. For this action, he was awarded the U.S. Military’s third-highest decoration, the Silver Star.

In that same campaign, he shot down a Messerschmitt Me-109 fighter plane using half-track mounted machine guns. That earned him a Bronze Star.

Millett, by then a sergeant, next took part in the Allied invasion ofItalyatSalernoand the subsequent Battle of Anzio.  It was about this time that the U.S. Army discovered Millet’s 1941 desertion; he was court-martialed, convicted, stripped of his stripes, given 30 days hard labor, ordered to pay a $52 fine, and instructed not to let it happen again.  Millett would later claim that he was probably the only U.S. soldier to make Colonel after being court-martialed for desertion, which is probably true.

Recognizing both his courage, and his abilities on the battlefield, he was shortly given a battlefield commission to second lieutenant.  It was a smart move by the Army.

It was in the Korean War, that he really hit full stride. He received the Medal of Honor for action during the Korean war.

Here is the commendation:

Captain Millett, Company E, distinguished himself by conspicuous gallantry and intrepidity above and beyond the call of duty in action. While personally leading his company in an attack against a strongly held position he noted that the 1st Platoon was pinned down by small-arms, automatic, and antitank fire. Captain Millett ordered the 3d Platoon forward, placed himself at the head of the two platoons, and, with fixed bayonet, led the assault up the fire-swept hill. In the fierce charge Capt. Millett bayoneted two enemy soldiers and boldly continued on, throwing grenades, clubbing and bayoneting the enemy, while urging his men forward by shouting encouragement.

Despite vicious opposing fire, the whirlwind hand-to-hand assault carried to the crest of the hill. His dauntless leadership and personal courage so inspired his men that they stormed into the hostile position and used their bayonets with such lethal effect that the enemy fled in wild disorder.

During this fierce onslaught Captain Millett was wounded by grenade fragments but refused evacuation until the objective was taken and firmly secured. The superb leadership, conspicuous courage, and consummate devotion to duty demonstrated by Captain Millett were directly responsible for the successful accomplishment of a hazardous mission and reflect the highest credit on himself and the heroic traditions of the military service.

Impressive.  However, later that same month he received the Distinguished Service Cross for leading another bayonet charge, this one with similar results. It would be what is now referred to as the last bayonet charge in American military history.

After the Korean War, Millett attended Ranger School at Fort Benning, Georgia. He was assigned to the 101st Airborne Division as an intelligence officer and later served in Vietnam as a military adviser to the Phoenix Program, which aimed to root out and kill Viet Cong sympathizers. He also helped found the “Recondo” (reconnaissance-commando) school to train small units for service in Vietnam. In the mid-1960s, he commanded the Army Security Agency training center at Fort Devens, Massachusetts.

Millett retired from the military in 1973 at the rank of colonel. He later stated that he retired because he felt the U.S.had “quit” in Vietnam.

THEN he became a Deputy Sheriff!  Can you imagine back talking a sheriff with those incredible qualifications?  You can’t make this stuff up.  Quite simply, Colonel Millet was a hero, a man among men, and an unstoppable force.

More than a brave warrior, Millet was a man of words, and a poet.

The following is his original work:
A SOLDIER’S PRAYER – by Col. Lewis L. Millett

I’ve fought when others feared to serve.
I’ve gone where many failed to go.
I’ve lost friends in war and strife, who valued duty over the love of life.
I’ve shared the comradeship of pain
I’ve searched these lands for men that we’ve lost.
I’ve sons who’ve served our land of liberty who’d fight to see that other lands are free.
I’ve seen the weak forsake humanity.
I’ve heard fakers praise our enemy.
I’ve seen challenged men stand ever bolder.
I’ve seen the duty, the honor, the sacrifice of the soldier.
Now, I understand the meaning of all lives,
The lives of comrades of not so long ago.
So to you who answered duties siren call, may
God bless you my son, may God bless you all.

We always appreciate it when our customers put their possessions and trust in us.  But to have firearms of this provenance, from the collection of Congressional Medal of Honor winner, Colonel Lewis Millet, is truly exciting for us, and a chance for all of us here at Lock, Stock & Barrel to brush the sleeve of the best and brightest of heroes. 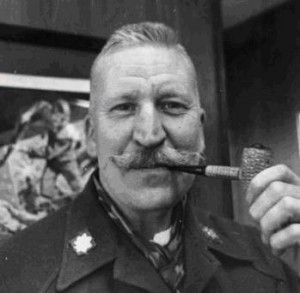