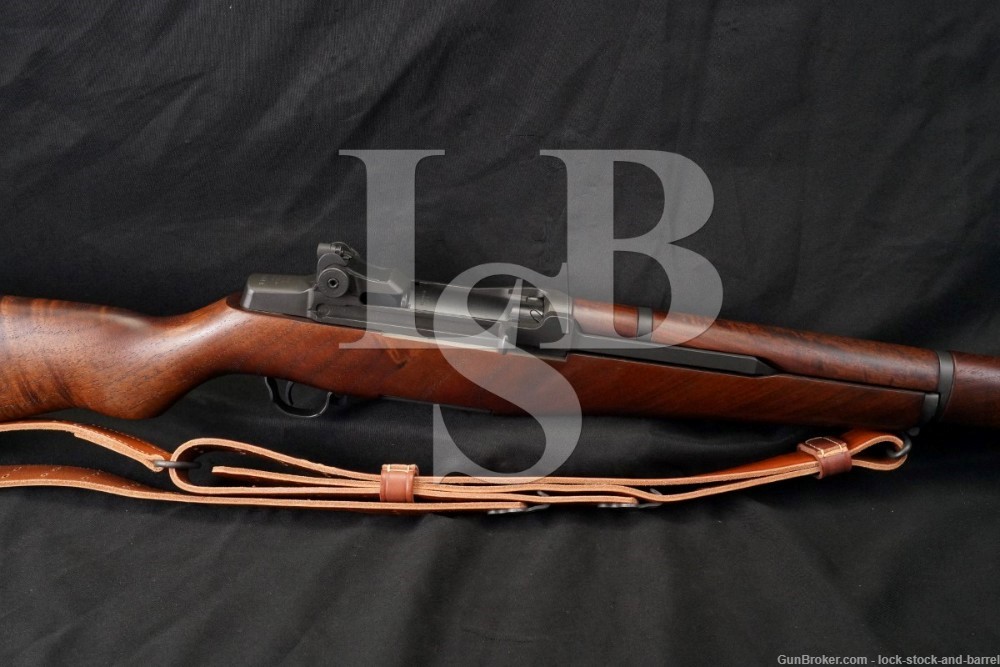 Stock Configuration & Condition: The top and bottom edges of the stock have been built up with epoxy to better fit the action and trigger group.
The hardwood stock has a pistol grip, metal nose caps, a stacking loop, two sling loops and a metal buttplate with hinged door for storage in the butt. The left side of the stock shows a thin scratch extending from the front of the receiver downward towards the rear. The belly of the stock and right side of the stock, at the bottom metal, each show scrapes. There are other light handling marks on the stock.  The LOP measures 13 inches from the front of the trigger to the back of the buttplate. The stock rates in about Very Good Plus to Fine overall condition as refinished.

Overall Condition: This rifle retains about 98% of its metal finish. The left side of the barrel and gas tube each show a light scrape. The metal shows other light handling marks The receiver and bolt show light operational wear. The markings are well defined. Overall, this rifle rates in about Fine condition.

This Springfield Armory M1 Garand was originally made back in 1945. The rifle has since been rebuilt and refinished. It now has a Criterion barrel installed and is topped with National Match sights. The rifle looks great and the bore is strong & bright. This M1 Garand will add to your Military collection and should do well out at the range. Good luck.