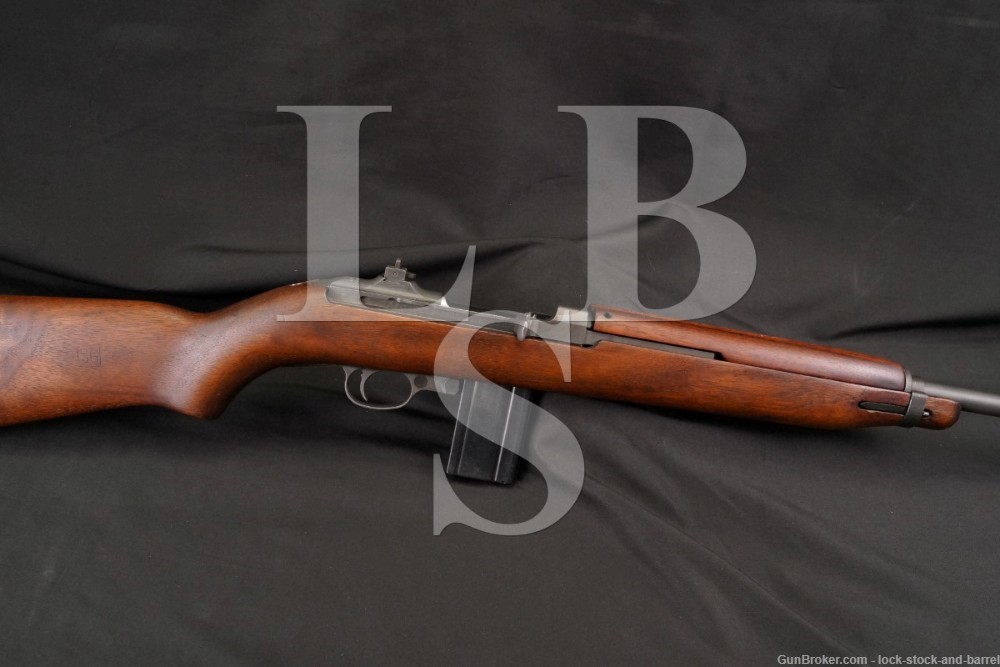 Stock Configuration & Condition: The two piece hardwood stock has a pistol grip, Type IA barrel band with sling loop, sling well, sling pass through, and metal buttplate. The edges of the refinished buttplate have scratches and surface erosion showing through the new finish. The top of the butt is missing some edge wood at the buttplate. The wood shows scrapes, scratches and small spots of surface loss. The most prominent marks are on the bottom & left of the forearm.   T The LOP measures 13 1/4 inches from the front of the trigger to the back of the buttplate. The stock rates in about Very Good Plus overall condition.

Bore Condition: The muzzle is gray due to refinishing. It was not covered properly when the rifle was refinished. The grooves are semi bright and rifling is deep. There is erosion at the muzzle. There is fouling in the grooves which should clean up a bit. The bore shows an M.E. of 1.7.

Overall Condition: This rifle retains about 95% of its metal finish. The metal shows scuffs and handling marks. The sights and trigger group show small scrapes and light discoloration from oxidation. The discoloration is more prominent on the front sight. The right side of the receiver and the bolt operational wear.  Most of the markings are deep. The stock markings are somewhat faded. Overall, this rifle rates in about Very Good Plus condition as refinished.

Box, Paperwork & Accessories: The rifle comes with a green canvas sling and a 15 round magazine. The magazine shows scrapes and a patch of surface erosion. It appears to function correctly.
The 15 round magazine is not available to residents of California or any other state with magazine capacity restrictions.

This “Matching” Saginaw Gear M1 Carbine was made at the original Saginaw Steering Gear Division of General Motors in Saginaw, Michigan sometime between 1942 and 1943. It uses all Saginaw SG factory parts including a “SAGINAW S.G. DIV. / GENERAL MOTORS” marked barrel. The Saginaw Gear markings make the rifle quite desirable. This M1 Carbine will add to your WWII collection.