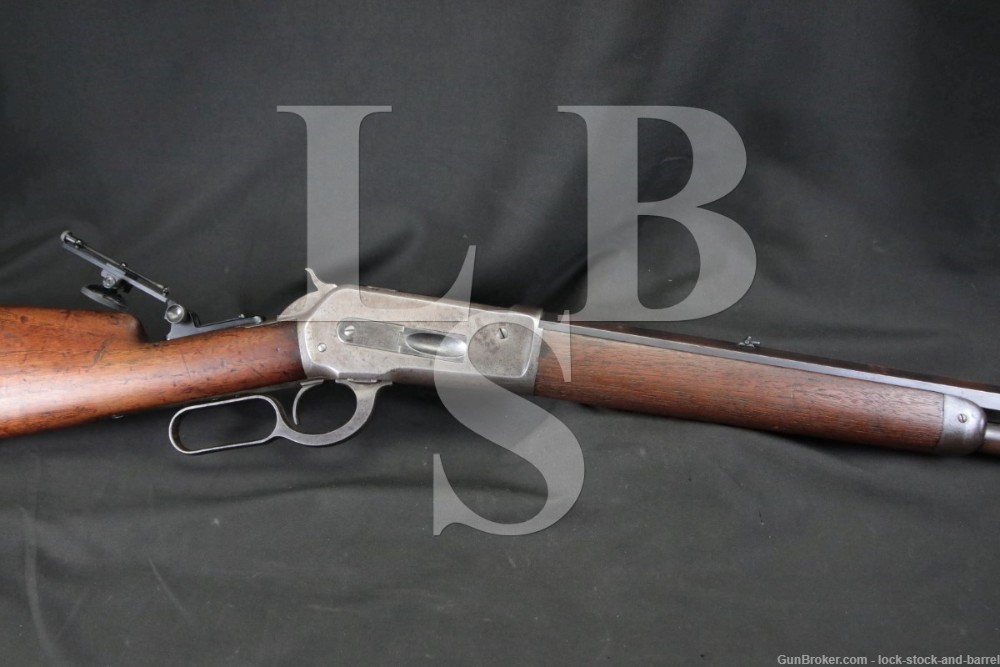 Winchester’s first attempt at a lever action rifle capable of handling a rifle cartridge was the Model 1876, which was a heavier framed version of the Model 1873. However, the toggle-link action used in the gun was still limited to short cartridges like the .40-60 and .45-60 Win. The Model 1886 was made to handle longer cartridges like the .45-70 Govt., and the .45-90 Win. and .50-110 Win. cartridges. The design utilized a locked-bolt action that was much strong than the M1876, and some think it is faster and smoother as well. The rifle was touted as a lever action express model, capable of handling any of the North American game animals.

This example is chambered for .45-70, a cartridge which has a long history and has had a new lease on life with the advent of smokeless powder and improved projectiles. It has a 28″ barrel and a nice Vernier-style tang sight which has nine different sized apertures to allow for a balance between speed and precision of sight acquisition. The rifle was made in 1891, fairly early in M1886 production, and appears to have seen responsible use in the field. It is in Very Good-Fine overall condition as Antique, retaining 40% original finish, a quite outstanding bore for its age, and strong mechanics. This rifle has a lot of years left in it and would make for a great shooter as well as an addition to a Winchester collection.