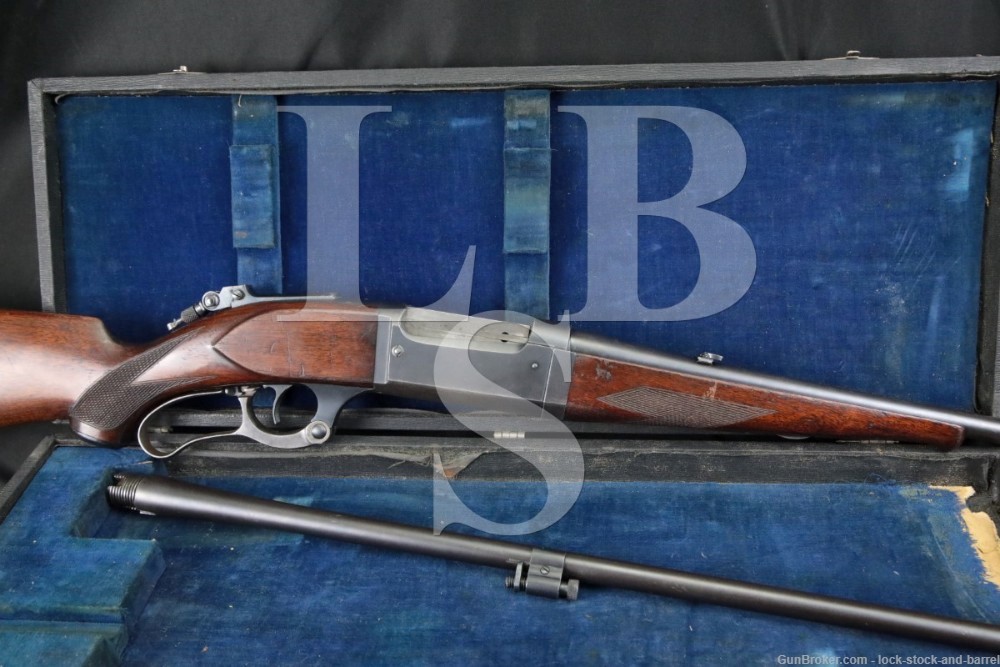 The Savage 1899/99 model rifles have quite a history. They were preceded by the Model 1895, which was the first hammerless lever-action rifle produced. A hammerless action was useful as it reduces the lock time, allows the rifle to be fired more accurately and is less likely to jam in brush or snag in clothing. The 1895 and 1899/99 models used a rotary magazine to hold the cartridges, using a spring-loaded spool with grooves. The 1899/99 models added a counter to the spool to indicate how many rounds are loaded. This design allowed the use of spitzer bullets, which could not be used in the Winchester rifles of the times because the pointed tips in the tubular magazines could cause accidental discharge. This gave Savage a lead in producing rifles that could handle high velocity smokeless powder cartridges with bullets offering flatter trajectories than other lever-action designs. This one is marked 1899 on the chamber ring but is a model 99-G, it is from 1923. In the late 1910s and early 1920s Savage changed the name in the catalogs to Model 99 but continued marking the receivers 1899. This one comes with a .410 barrel which we rarely see. The barrel converts the rifle to a single shot shotgun and holds the forend in place with a clamp mounted bolt and screw on the barrel. This is an impressive setup in great condition not too often encountered and will be a great addition to your collection.