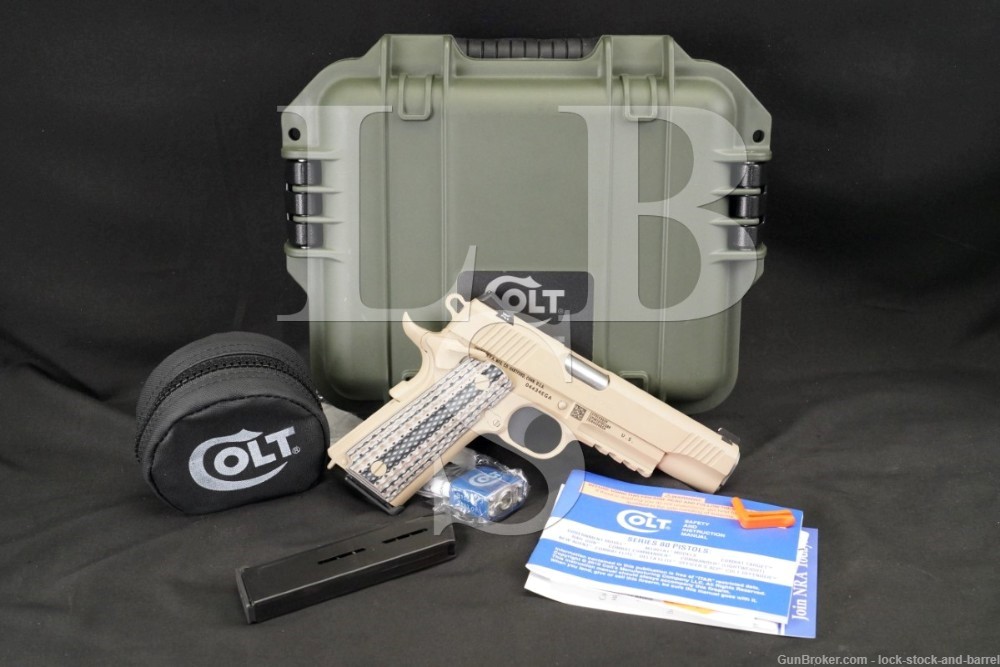 On July 20, 2013, about 101 years after the 1911 was first adopted by U.S. Armed Forces, the M45A1 was adopted by the Marine Corps for use by several of their Special Operations Capable units as well as their pistol shooting team. Dubbed the Close Quarters Battle Pistol or CQBP, the pistol has several upgrades over the original Model of 1911, including front and rear slide serrations, night sights, accessory rail, extended beavertail grip safety, skeletonized hammer, ambidextrous thumb safety, National Match barrel and Cerakoted stainless steel slide and frame.

This pistol is a commercially sold example, serialized in the same range as the USMC used pistols. As one of the earliest commercial M45A1s, the pistol was hand-fit by the gunsmiths of the Colt Custom Shop and shipped in a Colt branded Pelican case with a Colt branded Otis cleaning kit and two Wilson Combat magazines. The pistol is in Excellent condition, appearing to have spent more time in the Pelican case than out. This pistol is a must have for any U.S. Military pistol collection or 1911 collection.