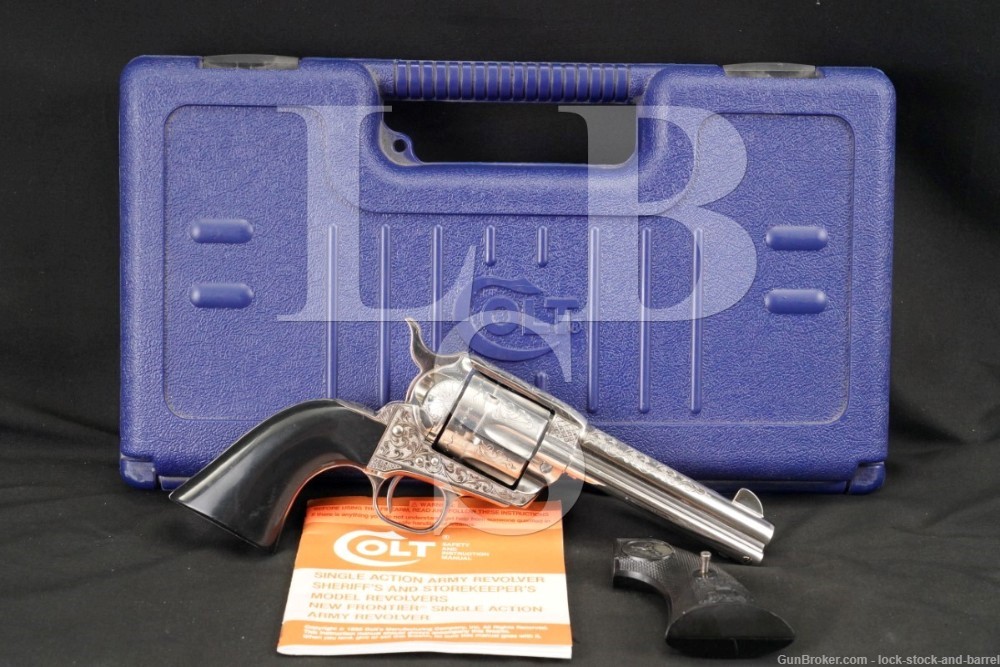 In 1974, Colt quietly discontinued production the single Action Army; this would be the second time they discontinued production of this glorious revolver. Luckily, the loyal fans of the SAA would not need to wait long as colt would bring back the SAA in 1976 as the “3rd Generation”. Changes were made but the basic SAA was the same, i.e. three standard barrel lengths of 4 ¾”, 5 ½” and 7 ½”, finishes of full nickel or blue, with color case hardened frame, and grips of hard rubber.

Everyone should have a Colt Single Action Army, and this would be a beauty to add to any collection. Manufactured in 1999, this revolver has a beautiful nickel finish with a 4 3/4″ barrel and chambered for the original .45 Colt cartridge. Decorative engraving has been cut through the finish in a western style, giving the revolver a distinctive appearance. In Fine-Excellent condition, it appears to have seen some use and having had the mainspring lightened. The gun is more than suitable for addition to a collection, but it would also make an attractive “BBQ Gun” or could be used in Cowboy Action Shooting competitions