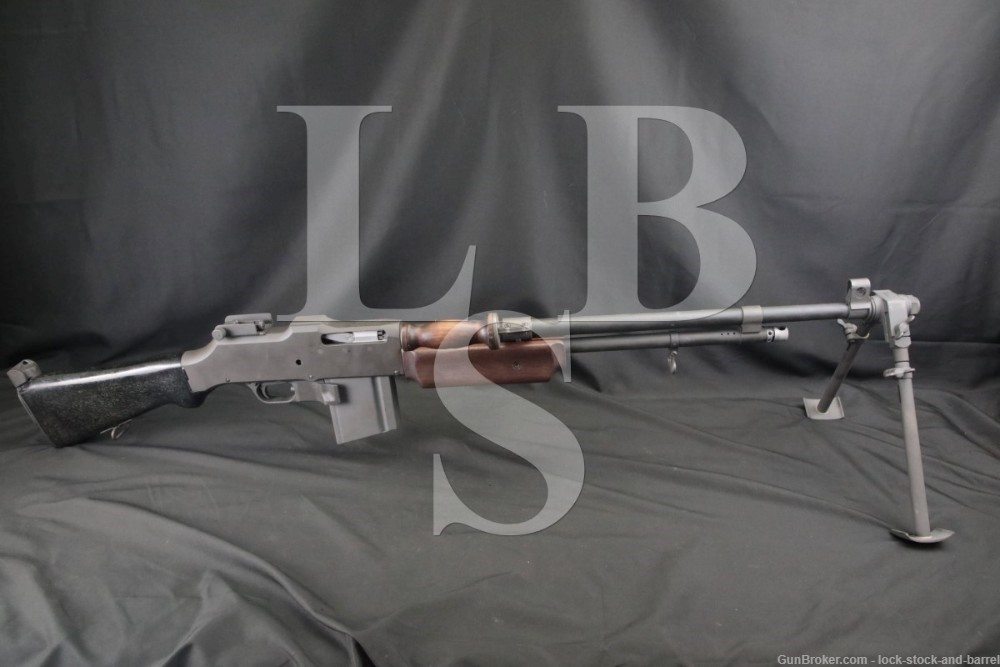 Though not particularly light at more than 15 pounds, the Browning Automatic Rifle, officially the “Rifle, Caliber .30, Automatic, Browning, M1918” and colloquially known as the BAR, was America’s first domestic light machine gun. John Browning demonstrated the rifle to the United States Government shortly before America joined WWI and it proceeded to see service all the way through the Vietnam War with some improvements and modifications along the way. More recently, Ohio Ordnance Works has reintroduced the rifle as a Self Loading Rifle or SLR, a semi-automatic version which fires from a closed bolt but retains the appearance of the 1918A2. Designated the 1918A3, Ohio Ordnance’s rifle uses the same tilting-lock, gas-piston operating system as the original and this example is in Excellent condition with little sign of anything more than being taken out of the included shipping carton a couple of times for inspection. It comes with a total of one 20-round magazine (where legal), a bipod (which you will appreciate when you heft this rifle), and a carry handle. This rifle would make a great addition to any safe in America, but will be particularly appreciated by collectors of US military arms and fans of John Moses Browning and all of his contributions to firearms development