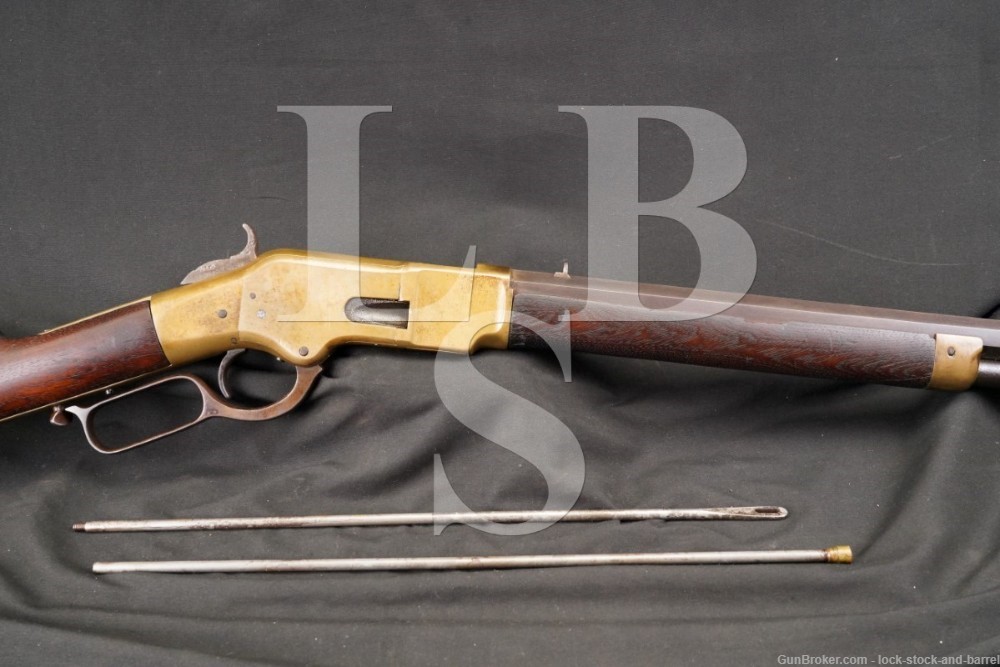 The Model 1866 rifle was the first firearm to be built by the new Winchester Arms after they changed their name from the New Haven Arms Company in 1866. The Model 1866 was a much-improved version of the Henry rifle, with a loading port on the right side of the receiver featuring a spring-loaded cover, through which cartridges could be fed into a new solid magazine tube that was much stronger than the slotted tube used on the Henry. The loading gate precluded the need for an external follower, allowing for a walnut forend to be installed which prevented the user from burning their hands during extensive firing. The M1866 was made in rifle, carbine and musket versions and in four different models dependent on date of manufacture. All of the different models were chambered in .44 Henry Rimfire, with some of the later 4th Models chambered in .44 Henry Centerfire and some converted to Centerfire later.

This is a Model 1866 3rd Model Rifle. The rifle has honest wear given its age, though the bolt is missing its rimfire striker bushing, not uncommon for 1866 Models of this vintage. Most Winchester collectors would never think that their collection was complete without at least all three variations of the M1866, while some would argue for all of the variations of the four different models. This 1866 3rd Model Rifle will be a neat addition to a collection and would be a good candidate for restoration.