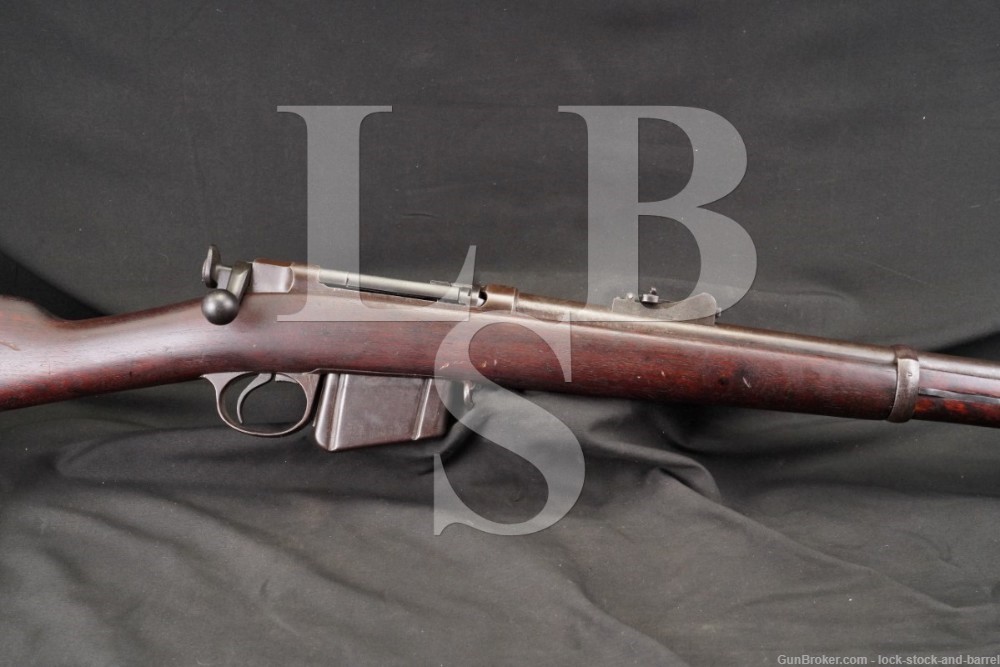 This is a Remington Model 1885 Lee rifle which was made for the U.S. Navy. The 1885 is the last of the Lee rifles which were designed by James Paris Lee. Mr. Lee had originally began production of his Model 1879 and contracted with the Sharps Rifle Company to produce the rifles but they discontinued all operations in 1881 and Remington got the tooling and licensing to produce rifles. The 1885 has numerous improvements over the old models including a relocated bolt handle, improved bolt head, and a magazine that could now hold cartridges securely without the use of a sliding catch at the nose. The rifles were made in .45-70 Government for Army and Navy contracts and .43 Spanish for export sales. In 1892 the U.S. Government chose to adopt the Krag and the Remington-Lee fell by the wayside. Only 1,500 were made for the Navy and this is a great opportunity to add one to your collection.