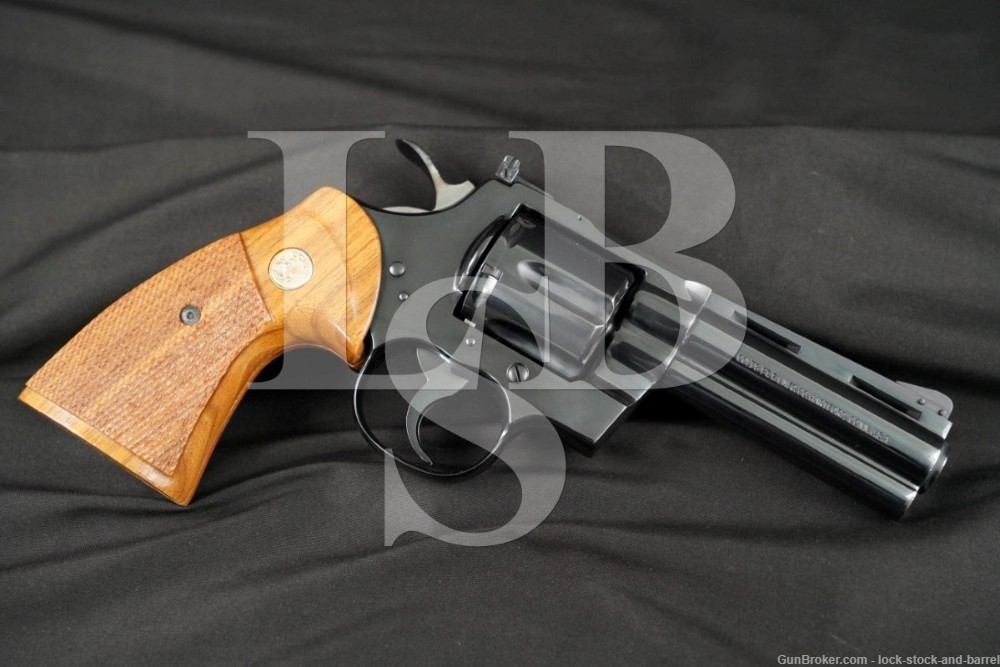 In 1955, the United States launched the first nuclear powered submarine, West Germany joined NATO, and Colt began shipping the finest precision combat and target revolver ever made. Each revolver was hand-tuned at the factory and this attention to detail shows both cosmetically and in operation. With barrel lengths ranging from 2.5? to 8? and with some of the finest machining and finishing ever seen in the industry, the Python has earned its reputation and continues to be sought after to this day. The Colt Python revolvers are no longer being made, so the price for these fantastic weapons are just going to continue to appreciate. The revolvers by themselves are becoming harder and harder to find, making it difficult to bring oneself to actually fire a Python. This revolver is a 4? example which appears to have been kept put away more than it’s been used over the past 38 years with the revolver in Excellent condition. With a few light marks in the grips and almost none in the metal, this Python is sure to attract collectors as well as shooters.