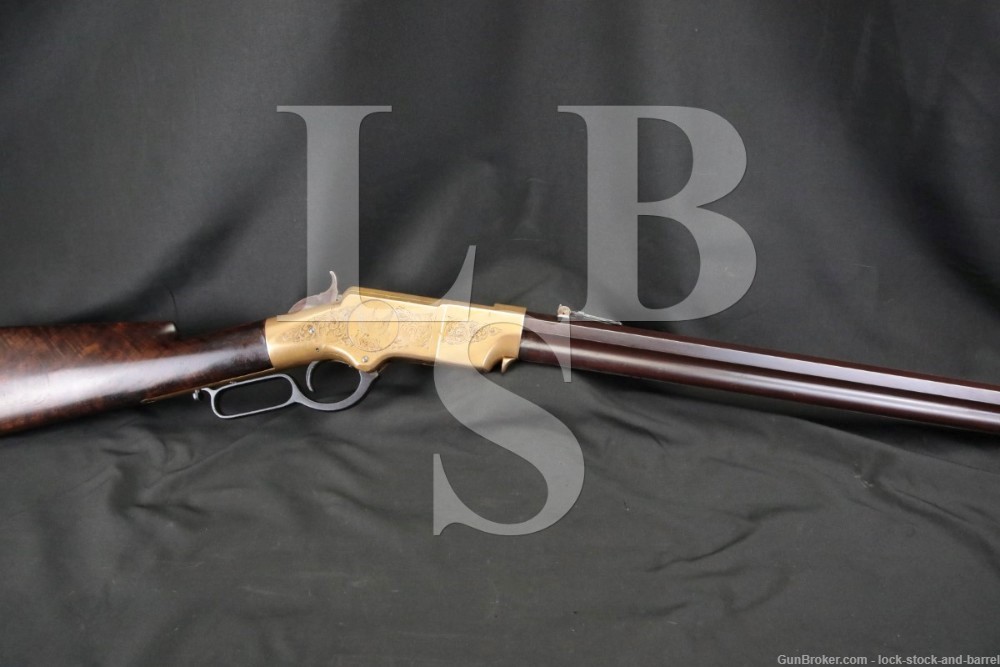 The Henry rifle was designed in 1860 and held 16 brass cartridges in its magazine. Sources aren’t clear about when it actually began production, but by 1866 it ceased production with about 14,000 having been manufactured. At that time, New Haven Arms became Winchester Repeating Arms Company and the Henry evolved into the M1866 Winchester. A few thousand Henry Rifles were purchased by the Union during the Civil War and many more were privately purchased by Union soldiers. The rifle quickly became known as the “rifle that you could load on Sunday and shoot all week long”. We can’t imagine what it must have been like for the Confederate troops to have faced these rapid firing rifles armed with only their muzzleloaders, but because the Henry wasn’t purchased in large numbers by the Union, there were only a few Civil War battles where the Henry played a decisive role, one of which was the Battle of Franklin. Unfortunately for Custer and his Springfield Trapdoor armed troops, a few Henry rifles also fell into the possession of the Sioux and Cheyenne troops at the Battle of the Little Big Horn in 1876.

This rifle was made in 1864 and has some interesting features. A later-production barrel has bee installed on the frame, but the frame, stock and buttplate serial numbers match. The buttstock is made of select walnut, thus lacking the “bump” found on standard straight-grain Henry stocks. The rifle also has engraving on the receiver which appears to be period, if not factory. The magazine spring doesn’t compress properly to allow for loading of the rifle, not altogether uncommon for a rifle closing on 160 years old with an exposed magazine tube. The rifle is in about Good overall condition. The bore is gray and shows erosion consistent with its age and use with black powder cartridge. Any Henry will make a great addition to a collection of lever action rifles, Winchesters, or early repeating cartridge firearms, and we’re sure this one will be no exception.