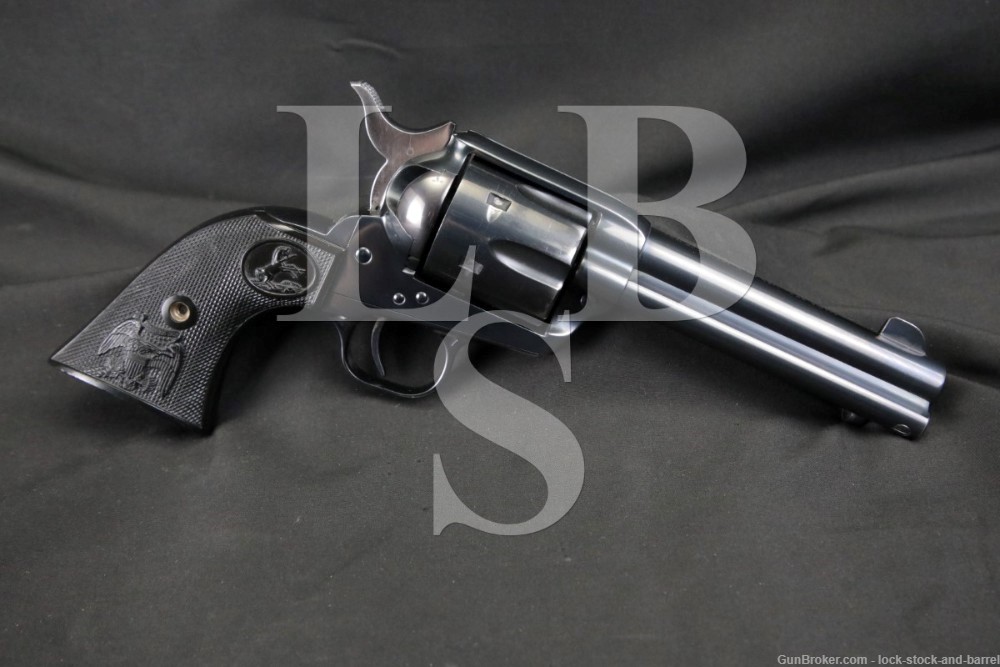 Some changes were incorporated in an effort by Colt to keep prices down. One new change was a pressed-in cylinder pin bushing instead of the removable ones used in 1st and 2nd Generation cylinders. Also, the ratchet at the rear of the cylinders was re-shaped, which also necessitated a different shape on the rotating hand. And for some unknown reason, the pitch of the barrel’s threads was changed from the 20 threads per inch (TPI) as used on 1st and 2nd Generation SAAs to 24 TPI for these new ones. Toward the end of 2nd Generation production Colt had begun using some investment cast parts, but the frames continued to be forged. The introductory caliber for 3rd Generation SAAs was .45 Colt, but other chamberings would soon follow, including .44 Special.

Everyone should have a Colt Single Action Army, and this would be a beauty to add to any collection. Manufactured in 1983, this revolver is in Very Good-plus condition, appearing to have seen some use, but well maintained. With a 4 3/4″ barrel and chambered for .44 Special, this is a classic Single Action Army chambered for a classic cartridge. It also has a fairly scarce full blue finish. This revolver is suitable for addition to a collection, but is also something that could be carried as a hunting sidearm or used in Cowboy Action Shooting competitions.