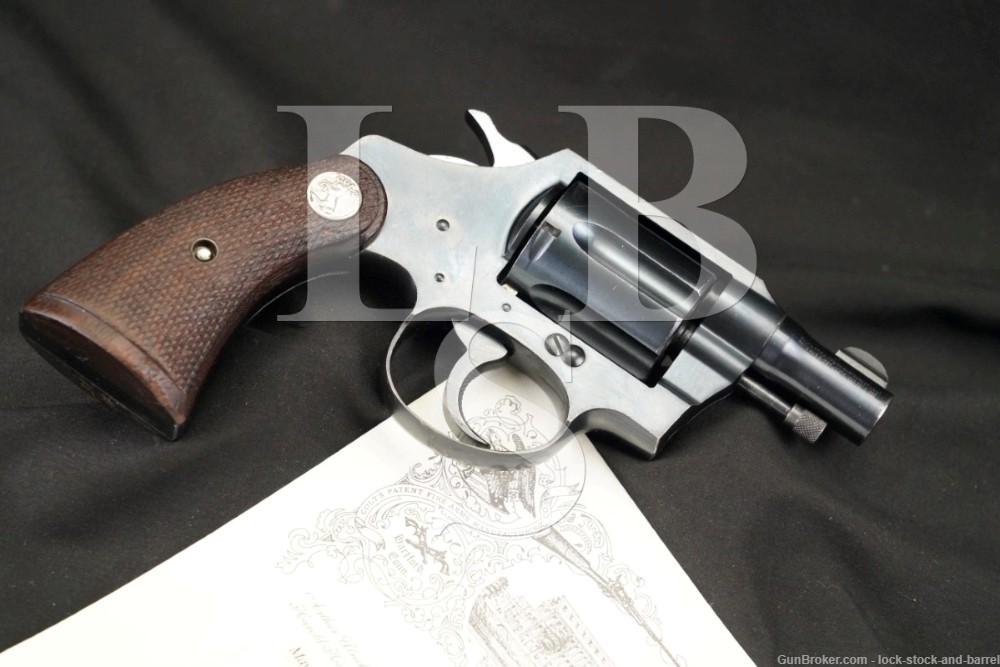 The Detective Special had been very popular with law enforcement and civilians who carry a concealed revolver as it allowed for a six-shot revolver in the same frame size as other revolvers which only offered a five-round capacity. This example is a little more interesting, having been shipped to Camp Ritchie during WWII.

It’s not clear whether this example stayed stateside or went overseas, but it was delivered just a few months before the D-Day invasion, during and after which many Camp Ritchie trained operatives entered Europe. For collectors of WWII military and clandestine weapons, this is a wonderful and well documented find