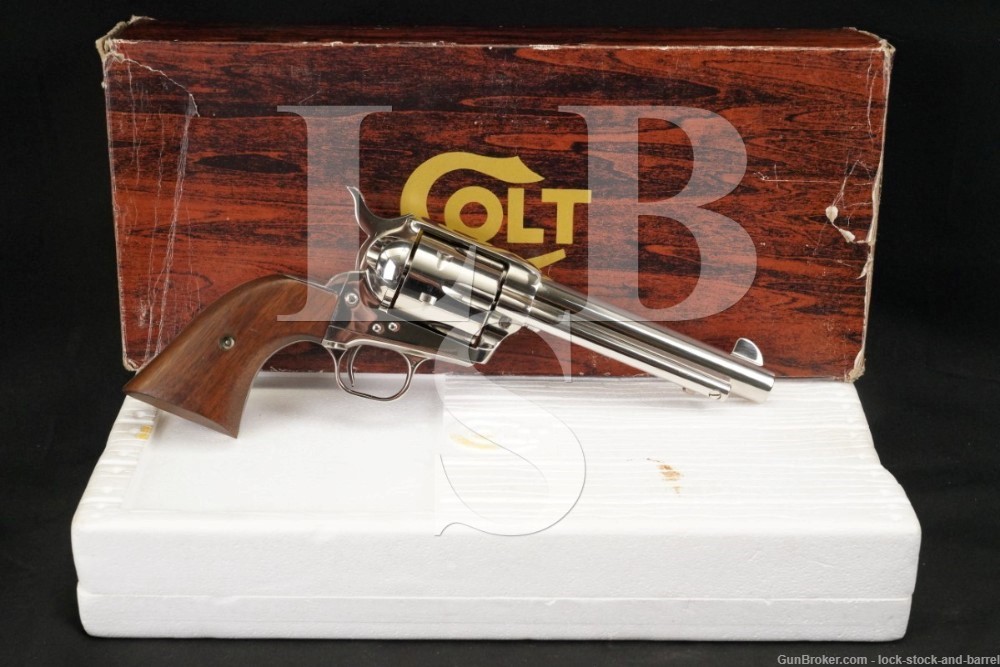 Everyone should have a Colt Single Action Army, and this would be a beauty to add to any collection. Manufactured in 1980, this revolver is in Fine condition, appearing to have seen light use. With a 5 1/2? barrel, nickel finish and chambered for .44 Special, this is a classic Single Action Army chambered for a classic cartridge, as well as being a fairly scarce configuration. The pistol’s high condition will make it suitable for addition to a collection, but it should also make for a fun shooter that will draw some eyes at the range.