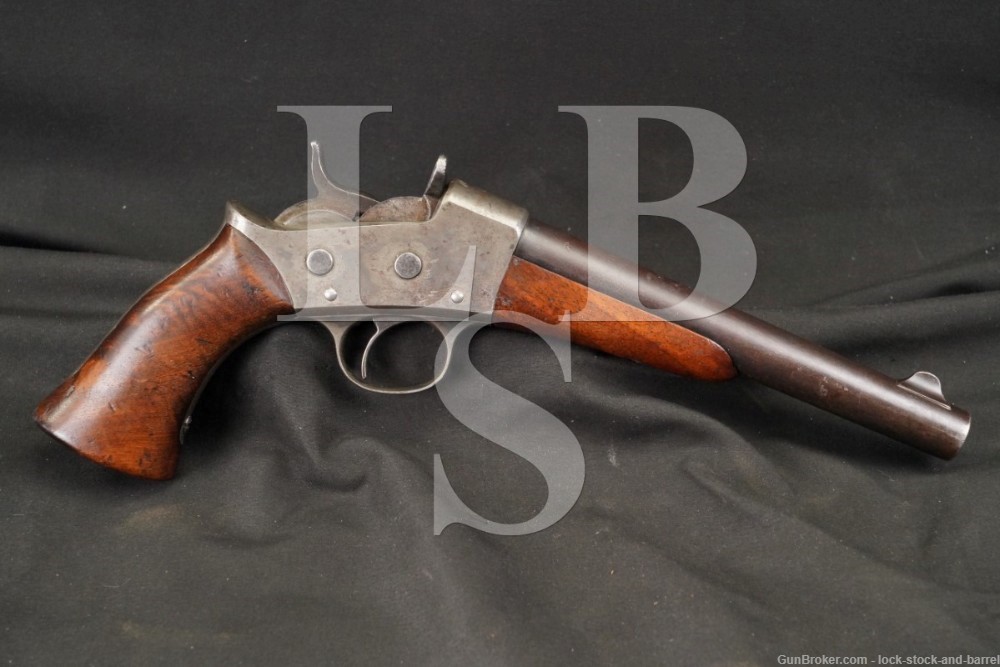 The Remington Rolling Block action was one of the companies most successful and was exported around the world and used by countless militaries even after more modern alternatives were available. The action was so simple and rugged that they were virtually impossible to wear out. While commonly encountered in rifle form, this is an 1871 U.S. Army pistol. The 1871 was an improvement to the 1867 and the main upgrades were a firing pin retractor, rotating case extractor, 8? barrel, larger front sight, and an improved grip frame. This is a great example of a 1871 Army and a Rolling Block that we do not see to many of, it will be a great addition to your collection