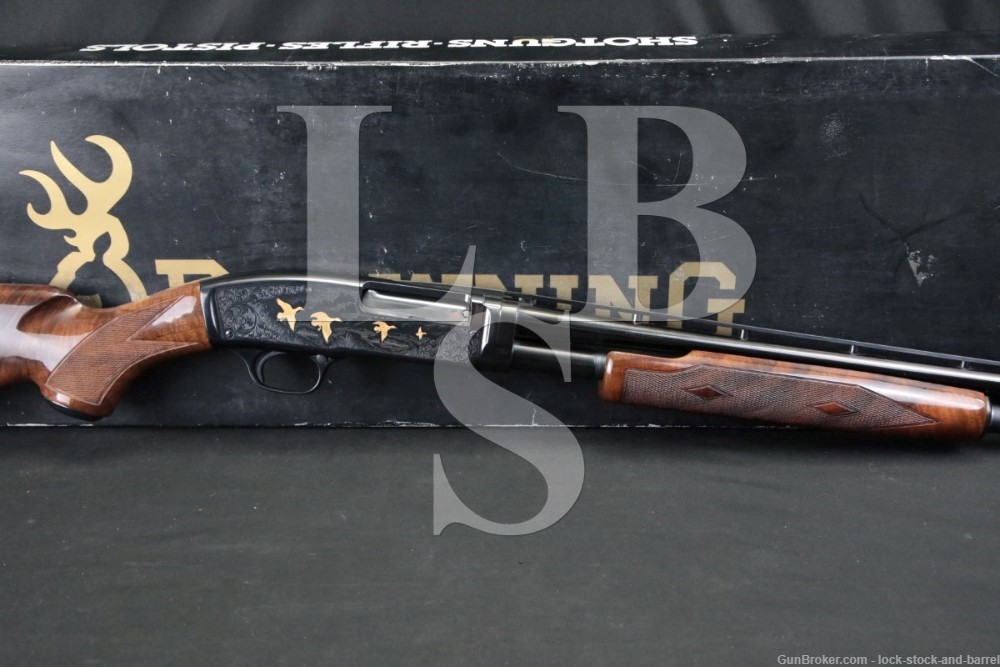 What a beautiful shotgun! When Browning had these shotguns produced by Miroku, Winchester had discontinued both the Model 12 and 42, making this a first opportunity for some and a last opportunity for many to get their hands on new production guns. Some of this production run was given over to standard Grade I guns, but there were also a limited number of Grade V guns produced. The production runs for the 20 and 28 gauge Model 12s were separate while there was some overlap of production of the Model 42. These Grade V Model 42s were produced from 1991-1993 and only 6,000 were made. This Grade V is in Excellent condition and comes with its serial matching box! From the select walnut stocks to the beautiful engraving and gold accents, these shotguns will take a prized place in any collection. If you’re a collector of Winchester or Browning shotguns, don’t let this set pass you by, this is a visually striking homage to the best .410 ever made.