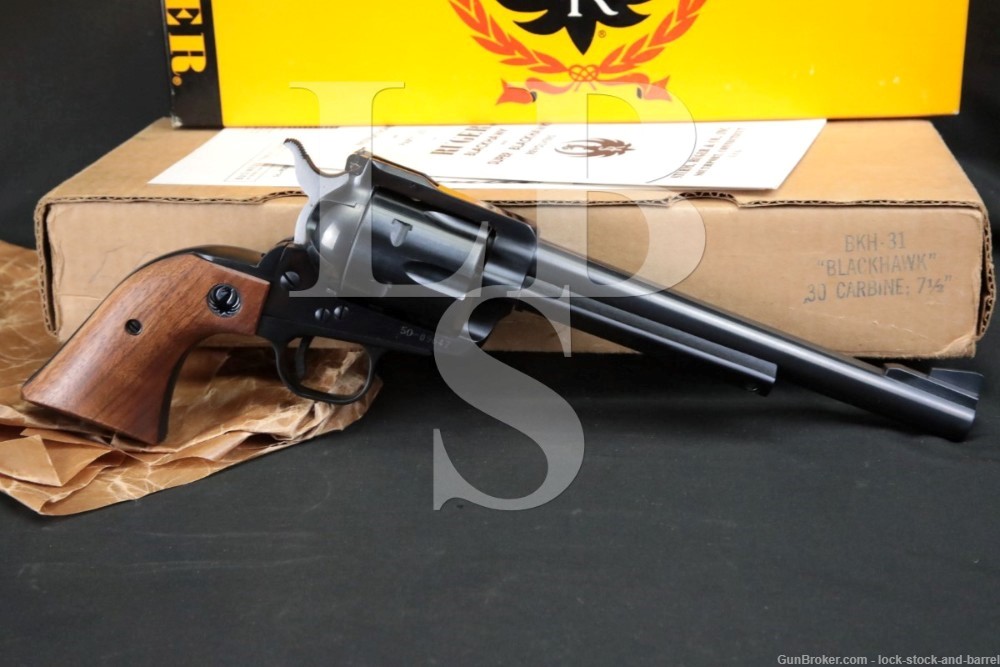 The creation of the Blackhawk revolver was incredibly important to Bill Ruger Sr. and preoccupied the man to such an extent that in a letter sent to Outdoor Life’s Jack O’Connor he wrote: “I am really very anxious to get this magnum gun started… and until it has been made a reality I cannot get on with a couple of other projects I have already begun…” The Blackhawk revolver was more a full-sized Colt than its predecessor, the Single-Six, and its development occurred on the heels of demand for a powerful single-action revolver chambered for .357 Magnum.

This variation of the “Old Model” Blackhawk is chambered for the less common .30 Carbine, a round originally used by and quite popular with troops during World War II. We have read that when firing this revolver, should you forget your hearing protection, “[Y]ou will only forget once,” as it packs a helluva wallop and will almost certainly have other shooters around you take notice. This example was made in 1970 (roughly midway through its production history, and just a few years before the Super Blackhawk overhaul) and is in Fine-plus condition with light wear consistent with considerate and enthusiastic use, a clean bore, and a good lock-up (and no dang transfer bar!) Don’t miss the chance to win this great revolver!