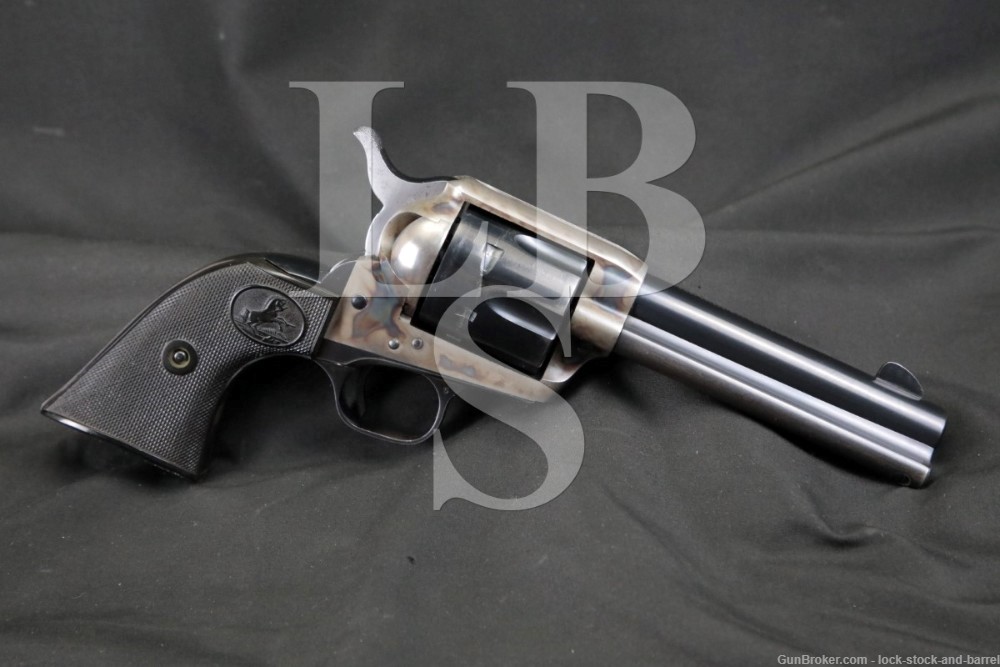 The Colt Single Action Army is perhaps the quintessential old west handgun, produced for more than a century, serving the U.S. Army as its sidearm from 1873 into the first world war and captivating audiences on the silver screen. The SAA was discontinued by Colt as it tooled up to provide for the WWII war effort, and it was thought by Colt that the design was obsolete, swing-out cylinder revolvers had been around for half a century and autoloaders were gaining in popularity. Then, with the advent of television and western programs such as Hopalong Cassidy, The Lone Ranger, The Cisco Kid, and The Gene Autry Show, American interest in the guns that won the west was reborn.

In 1956, Colt reintroduced the Single Action Army, this new production run now referred to as the 2nd Generation SAA’s. This example is from fairly early in the 2nd generation, made in 1960, the same year that the .357 Magnum cartridge was introduced for the SAA. In Very Good condition, the revolver has honest wear, but retains a nice bore and strong mechanics. This would make a great addition to a Colt collection as one of the earlier second generations, but it will also make for a fun shooter