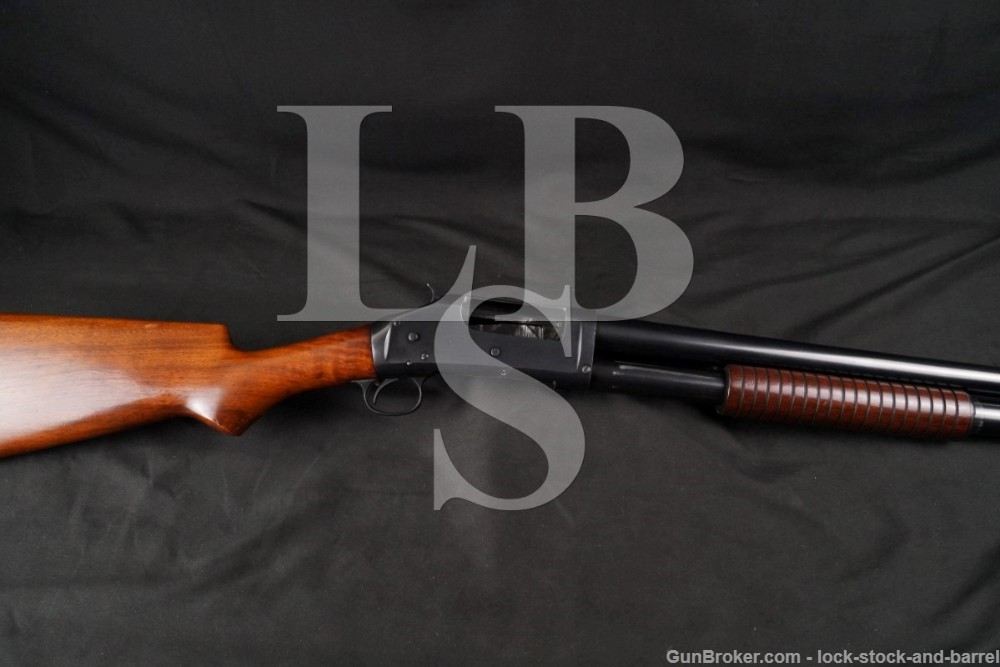 The Winchester 1897 was designed by the famed John M. Browning and quickly became one of the most popular shotguns in the world, serving the United States military in both World Wars and popular with law enforcement agencies across the country. It should come as no surprise then, that it was also popular on the civilian market with many field guns produced. The bore is bright and the action functions properly, at nearly 100 years old this is a testament to the J.M. Browning design, Winchester quality, and craftsmanship & work ethic of the generation who made it. This one solid frame riot gun looks great and will be a nice addition to a collection. Plus, Winchester 97s are a hell of a time to shoot and everyone should have one