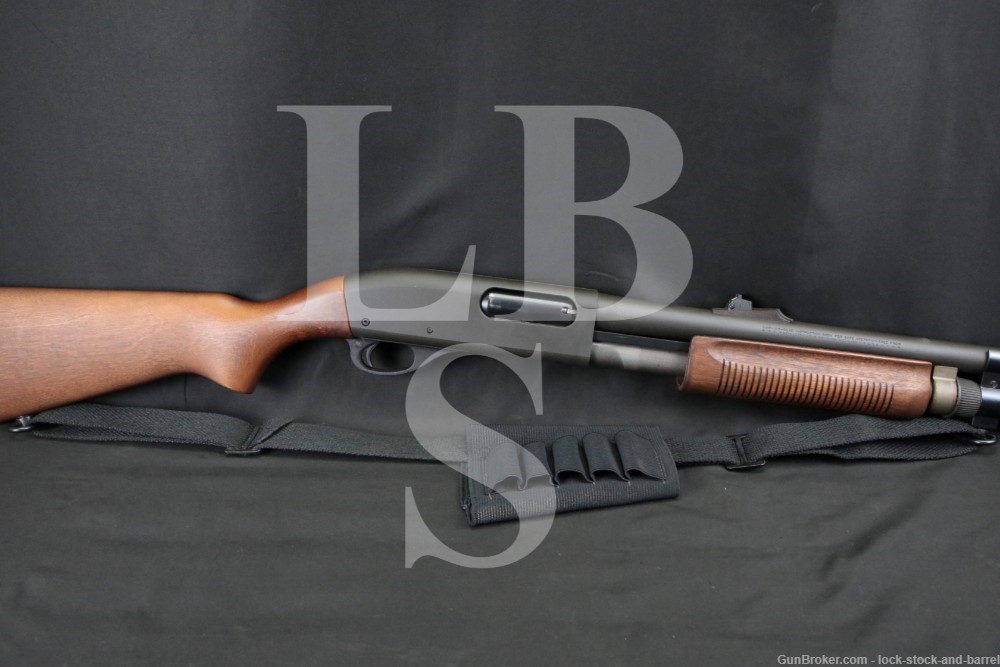 Remington had always wanted to best the Winchester Model 12, and when they realized it could not be done with the bottom ejecting Model 17, they introduced the Model 31. The Model 31 was made from 1931 to 1949 and was Remington’s first-ever side-ejecting shotgun. It did well, but it too was not up to the task of beating the Model 12. With less than 200,000 produced of all gauges combined, the Model 31 would soon be discontinued, but elements of its design would be carried on to a new shotgun that would become one of the most popular guns ever made. In 1950, Remington introduced their new modern, streamlined, rugged, reliable, and relatively inexpensive shotgun – the 870. They reached two million guns by 1973 (ten times the number of Model 31 shotguns it replaced). As of 1983, the 870 held the record for the best-selling shotgun in history with three million sold. They have been used by militaries, police departments, and sportsmen all over the world. This one is a 12 gauge Police Magnum that comes with a 20 inch barrel. It has a bright bore and solid mechanics, ready to serve for years to come.