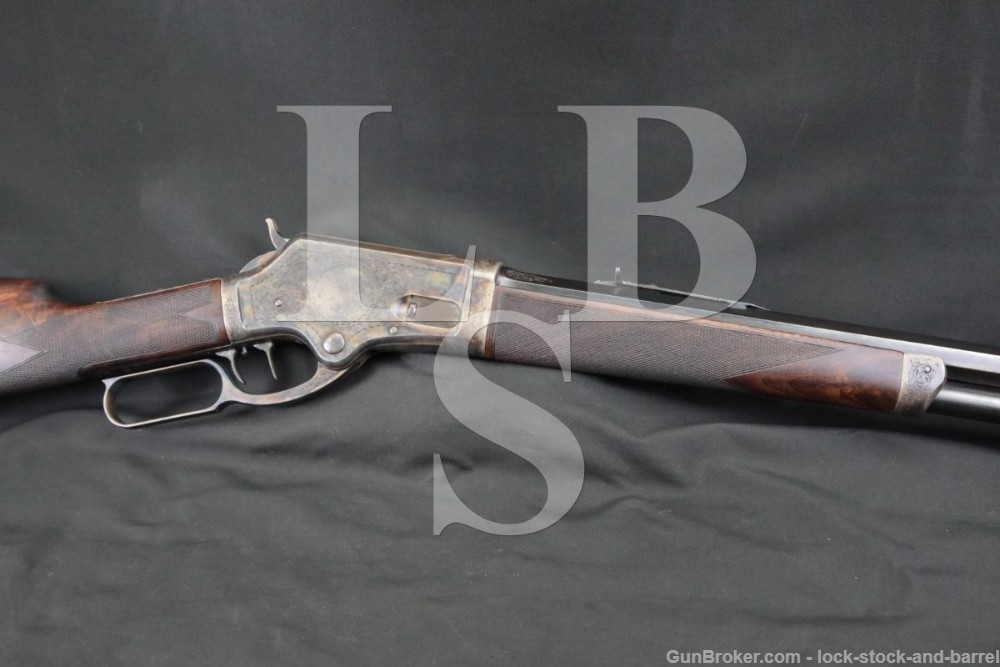 As stated by the National Firearms Museum, “In 1881, the Marlin Firearms Company was incorporated, and production of Ballard rifles continued under the Marlin banner until they were eventually discontinued circa 1891 due to the rising popularity of repeating rifles. Marlin-Ballard rifles were and are well-known for their accuracy and workmanship, and fancy-grade long-range rifles are eagerly sought after by modern collectors. Marlin continued to expand his product line, introducing his Model 1881 lever-action tubular magazine repeating rifle in that year. Many key features had been patented by Andrew Burgess and others, but John Marlin incorporated these into a single functional firearm. This rifle was available in a variety of calibers ranging from .32-40 to 45-70 Government, a feature that would not be duplicated by competing Winchesters for several more years.”

This is a rare and excellent example of a special order high grade Model 1881 manufactured in the year 1887 with beautiful deluxe wood stocks. This rifle sports 90% of its original finish and the wood has been very well maintained. This would be a terrific addition to a Marlin collection, especially one lacking their earliest repeating rifle