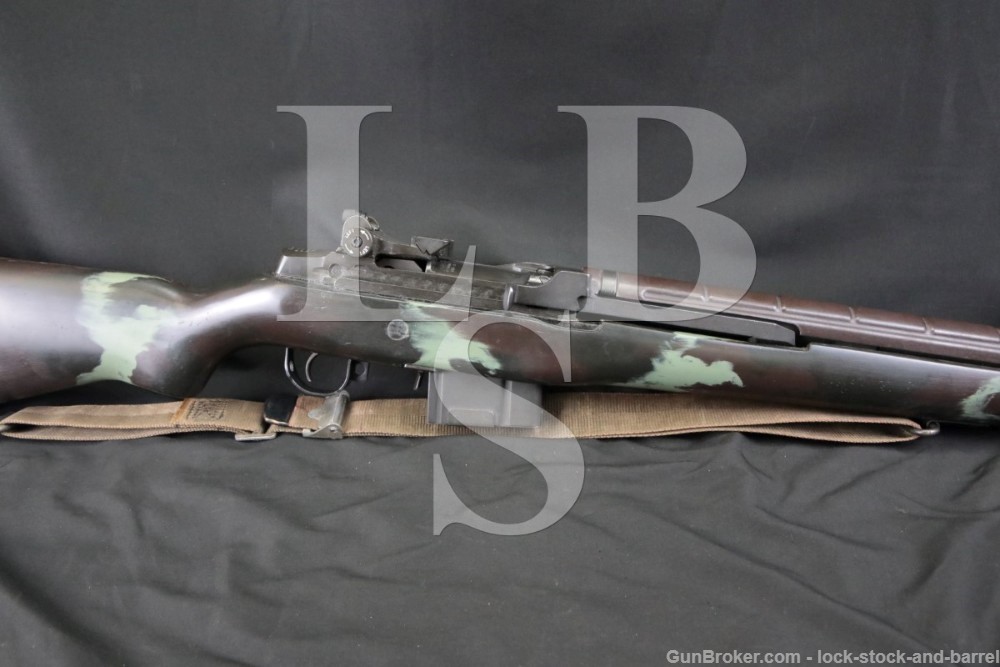 The Springfield Armory M1A is a semi-automatic rifle made by Springfield Armory, Inc., beginning in 1974, based on the M14 rifle, for the civilian and law enforcement markets in the United States. “M1A” is a proprietary name for Springfield Armory’s M14-pattern rifle. Early M1A rifles were built with surplus G.I. parts until Springfield Armory, Inc. began manufacturing their own. This rifle has been nicely maintained, retaining roughly 95% original finish with a bright bore. This M1A is in Fine condition and should make its new owner smile every time they take it out to the range.