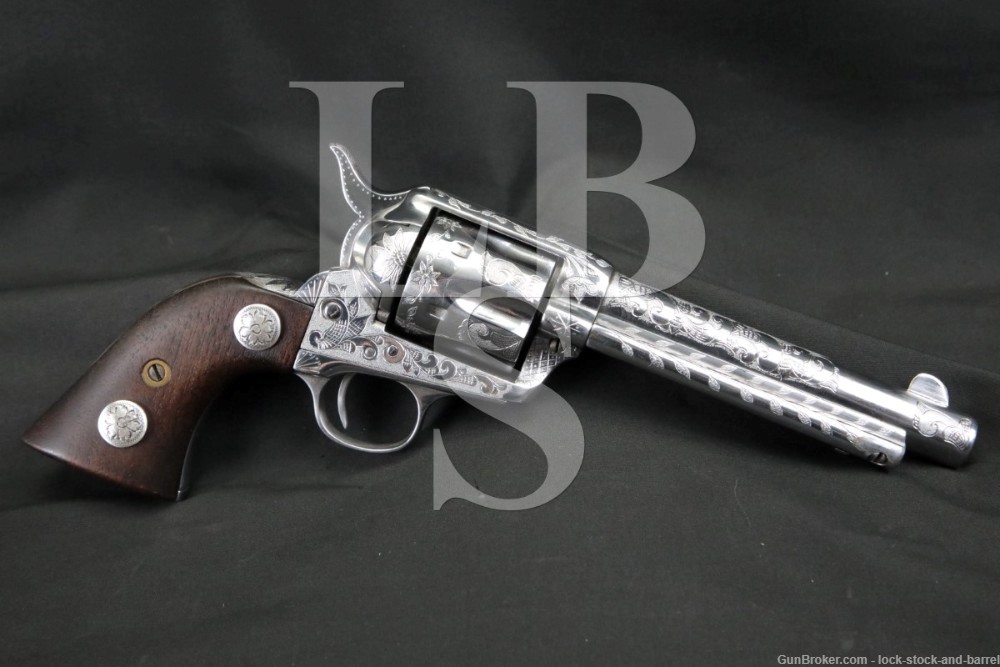 Colt’s Single Action Army is, perhaps more than any other, an iconic American pistol. It was the U.S. issue sidearm for the last two decades of the 19th century, used by pioneers, outlaws and lawmen across the expanding nation, and captivated audiences on the silver screen and television (and still does, today). Produced for nearly a century and a half, they are still being made, today! This example is a 1st Generation Single Action Army with an interesting history. Its serial number indicates that it was manufactured in 1903 and Colt’s records indicate that it first sold in early 1904 to Montgomery Ward in Chicago. When it first shipped, it was a blued 5 1/2″ revolver chambered for .32-20.

At some point, it made its way back to Colt, likely having been a display model at Montgomery Ward. Given the quantity that Montgomery Ward likely sold, it would make sense that Colt wouldn’t begrudge them having some guns on hand for customers to inspect before placing orders and would accommodate a return after they had accumulated some “shop wear” to be refurbished and re-sold. This revolver left Colt again in late 1905 wearing a 5 1/2″ barrel chambered for .41 Colt and with a Nickel finish, this time sent to Simmons Hardware in St Louis, MO.

Since then, it has gone through at least one more transformation, now sporting decorative engraving and a chrome finish with grips decorated with metal medallions. The revolver is in Very Good condition, retaining the great majority of its new finish and retaining strong mechanics. Any 1st Generation SAA would make a great addition to a Colt collection, and this early 20th Century example should be no exception.