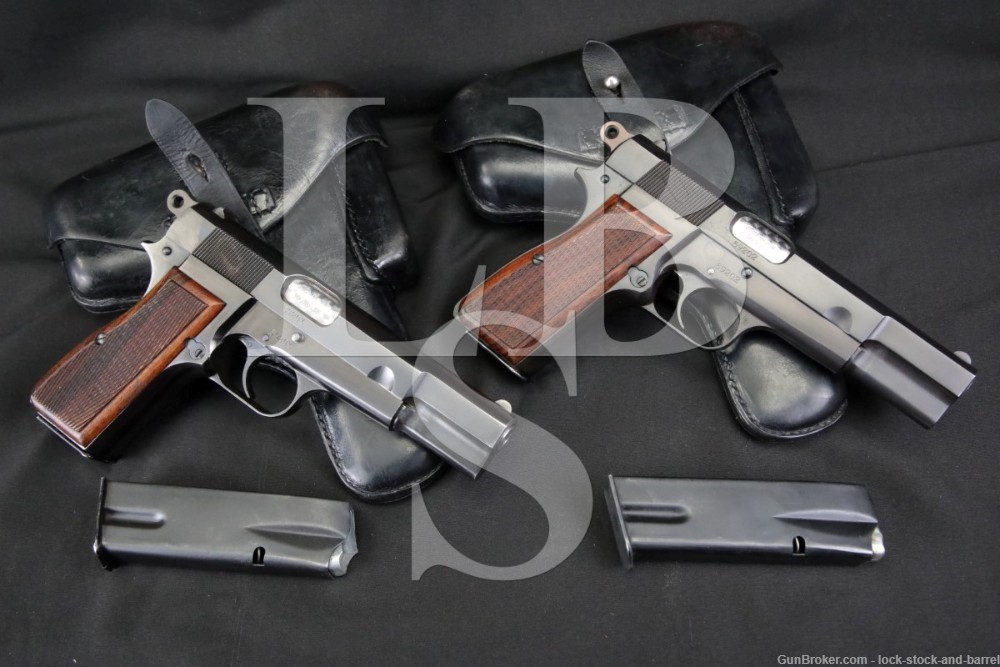 On display is a consecutive pair of post-war Hi-Powers used by German law enforcement, manufactured sometime between 1952 & 1954. According to Anthony Vanderlinden, German law enforcement pistols did not bear any specific markings and were only discenerable from other Hi-powers by their police holster, both of which have their original serial matching holsters. Moreover, these pistols fall in the serial range purchased by Germany, which is 28,000 to 60,000.

Aesthetically speaking, these pistols were manufactured during a time when the extractor was internal. Beginning in 1962, the external extractor was implemented for the purpose of functionality and cost effectiveness, though deterred from the pleasing aesthetic appeal of the internal extractor. Hi-Power pistols are known to be quality tried and trusted pistols. They have been the chosen sidearm by armies and police forces across the world throughout the millennia. Though practical for self-defense, any true collector wouldn’t think twice putting rounds through these beauties. This pair belongs in the collection of a Hi-Power connoisseur