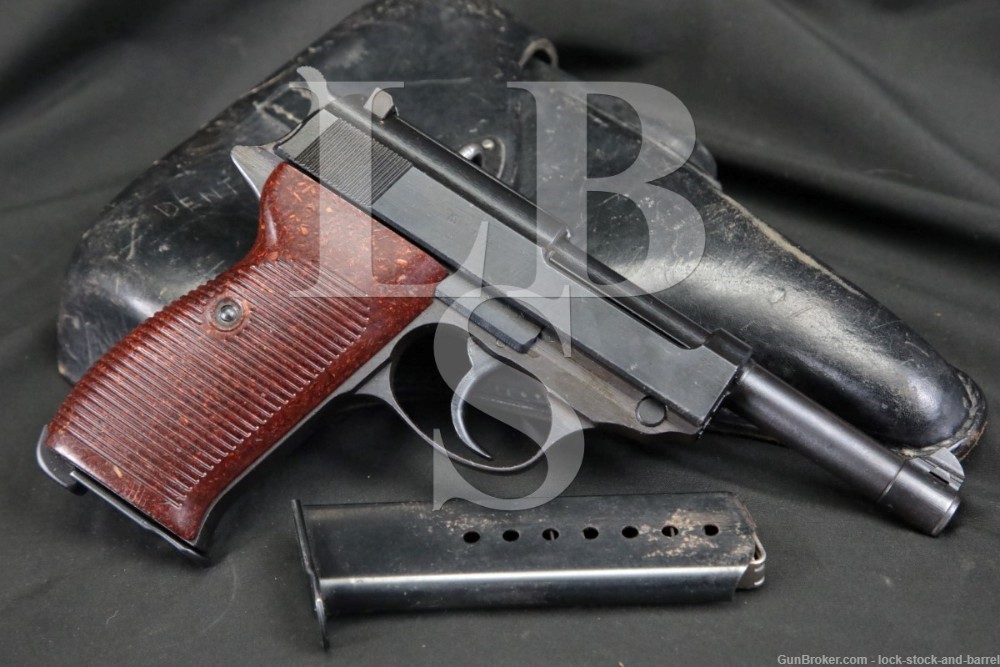 The P38 occupies a significant place in history. It was the first locked breech pistol to have a single action/double action trigger. After the start of WWII, Walther could not keep up with the production required, and production was ordered to commence at both Mauser and Spreewerke in 1940. By the end of the war, Walther had only produced about 580,000 of the 1.2 million produced. The ac-44 pistols were produced in 1944 as the ultimate outcome of the war was becoming apparent, even to the Germans. Tolerances were gradually opened to the maximum which could safely be allowed, some small parts which were previously individually marked by inspectors were now left blank, and the quality of the finish gradually declined during the ac-44 production. This example has matching numbers and all the correct markings for a Walther ac44 P.38, showing little evidence of use. The pistol is in Fine condition with about 98% of its finish remaining. The bore is still in nice shape and the mechanics are strong. No collection of WWII small arms would be complete without a P38 made by each of the three manufacturers, and many collectors have one from each year that they were made by each of the three manufactures, in addition to most of the common variants. This pistol is likely to get snapped up by a serious collector of WWII or P38 pistols, but could also make for a fun shooter.