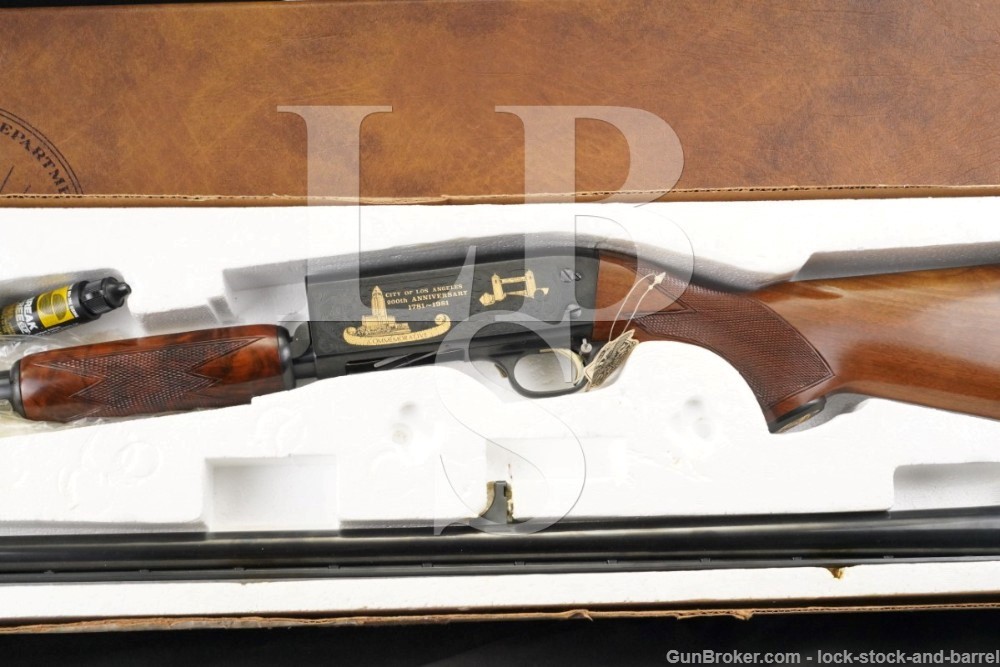 The Ithaca 37 has a long history, seeing use by American sportsmen, law enforcement, and military. This is a commemorative shotgun kit ordered and sold through the Los Angeles Police Revolver and Athletic Club (LAPRAAC), located at the LAPD Academy—home to the handgun ranges built for the 1932 Olympics which were hosted by Los Angeles. The case and gun have survived the last 41 years rather well, with the gun showing very little wear from operation beyond a few light scuffs on the longer barrel and the residue on the receiver. This commemorative was limited to only 1981 units, making for one heck of a neat rarity! This is also one of those ordered with the optional two-barrel set, having both a 28? vent-rib barrel and an 18 1/2? riot barrel with rifle sights. If you are a collector of police, or in particular, LAPD memorabilia, this is a rare opportunity not often seen.