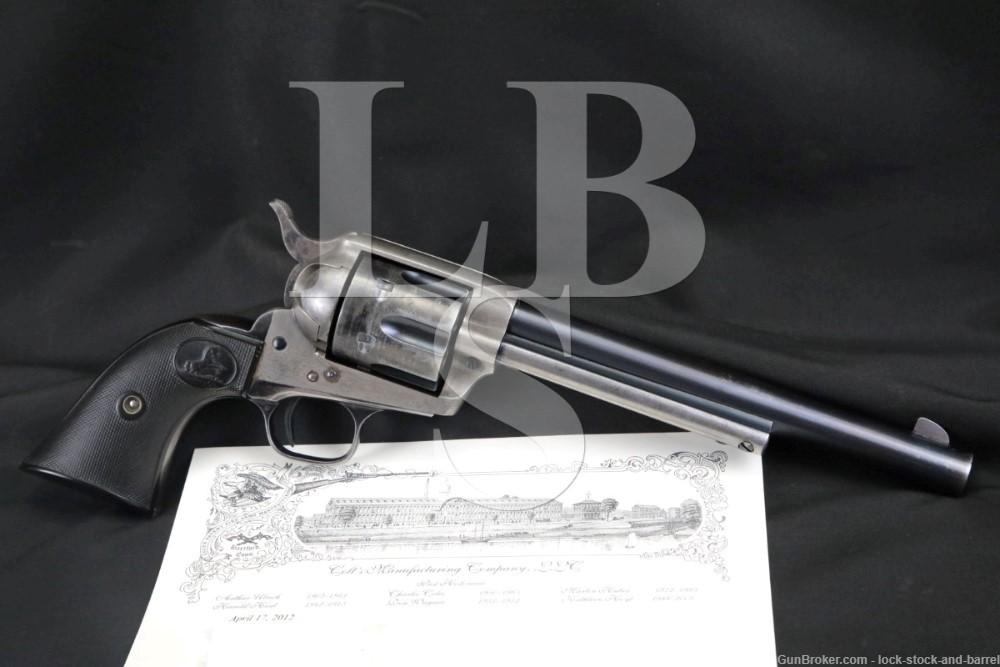 Colt’s Single Action Army is, perhaps more than any other, an iconic American pistol. It was the U.S. issue sidearm for the last two decades of the 19th century, used by pioneers, outlaws and lawmen across the expanding nation, and captivated audiences on the silver screen and television (and still does, today). Produced for nearly a century and a half, they are still being made, today! This example is a 1st Generation Single Action Army made in 1919. It is in Very Good condition, retaining much of its finish, a great bore, and excellent mechanics. The condition really is quite nice given that the gun is more than 100 years old, though the placement of the serial marking on the frontstrap is typical of later production, which may indicate that it returned to the Colt factory at some point, and the loading gate’s assembly number doesn’t match the frame. The revolver originally shipped to Walter G. Clark Company in Omaha, Nebraska, special ordered for one J.W. Stefheny. Any 1st Generation SAA would make a great addition to a Colt collection, and this early 20th Century example should be no exception.