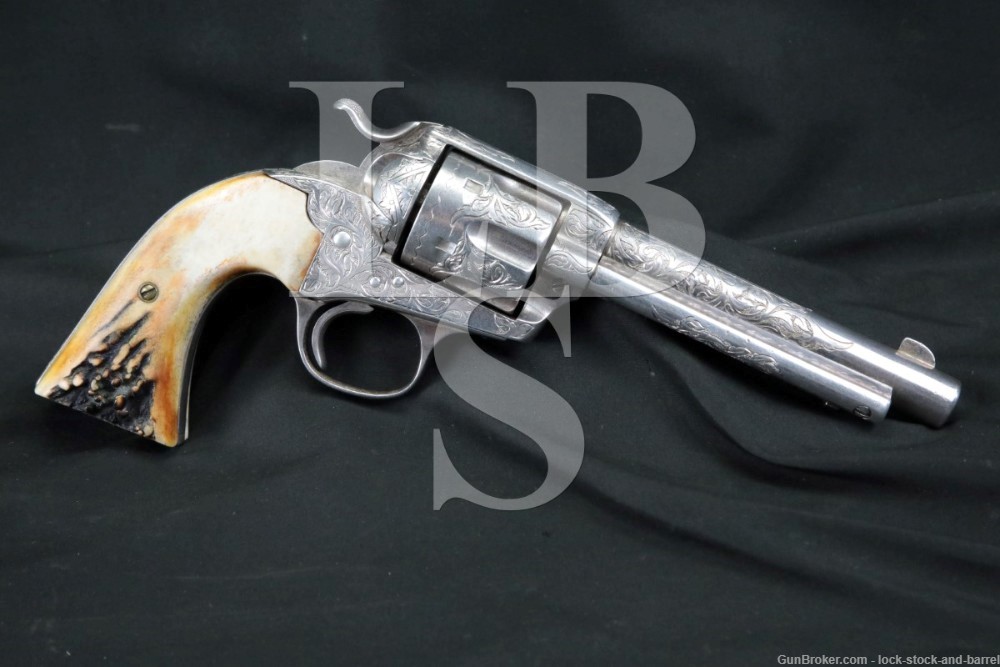 The Colt Bisley was introduced in 1894 as a target pistol. The name Bisley came from the famous firing range in Bisley, England. The Colt Bisley can be distinguished by the longer grip, the wider hammer spur, and the wider trigger. These distinctive revolvers were serial-numbered in the range of 156300–331916, in the same sequence as the Single Action Army. This is an example of a 1st Gen. Bisley, made in 1905 and chambered for .32-20 Winchester with a 5 1/2? barrel. The revolver has since been engraved and given a new nickel finish, so it looks great for its age, and the appearance is set off by a set of Ajax stag grips. This will make a neat addition to a Colt or old-West revolver collection.