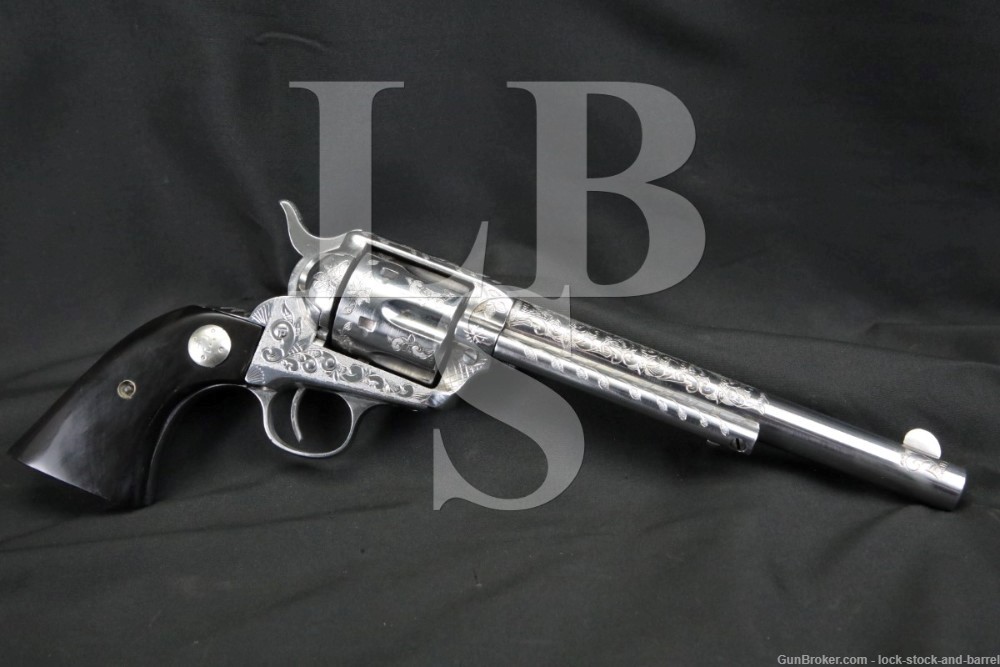 The Colt SAA revolver and Winchester Model 1873 rifle were two guns that helped tame the Wild West of the United States in the last quarter of the 19th Century. This is a one hundred and twenty year-old Colt SAA 1st Generation revolver made in the Early Smokeless Powder period with a 7 1/2” barrel and is chambered in .45 Colt. This example has been customized with engraving and an attractive chrome finish set off by black synthetic grips. The cylinder has been replaced with a military-issued part and it is possible that other parts were replaced during the customization as well. The gun retains the great majority of its new finish, a good bore and strong mechanics. All of the Colt 1st Generation revolvers are heavily collected, and we expect this one to be as well. This is a beautiful revolver that would take a valued place in any collection