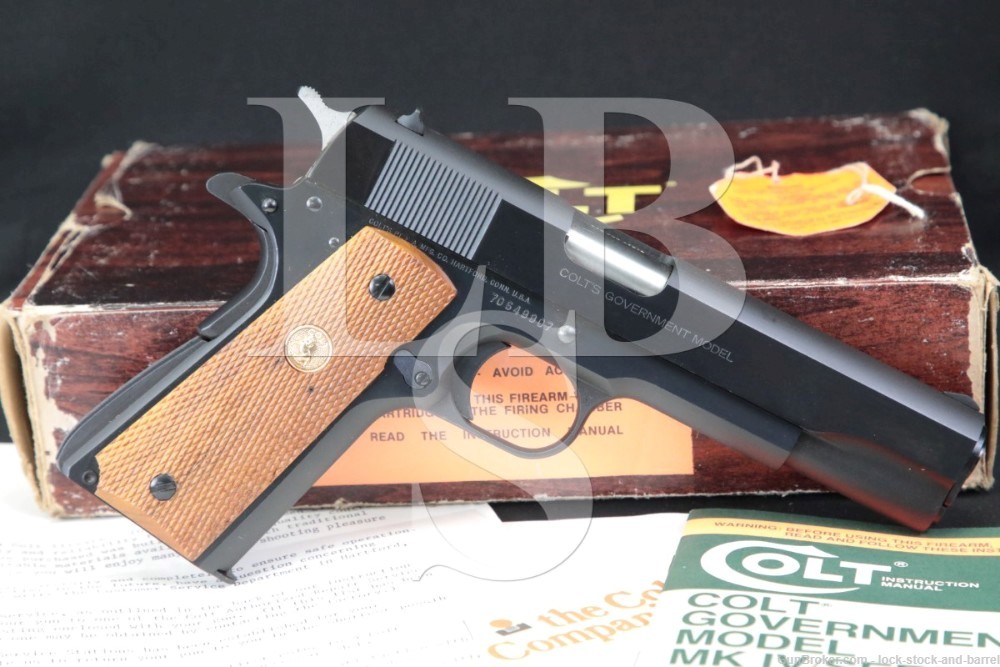 Colt’s 1911 served the United States military through two World Wars and several other conflicts, is still in use by some units today, and has become popular with law enforcement, competitors, and recreational shooters across the nation. The design has seen some updates including a firing-pin block safety, higher profile sights, and more ergonomic grips, but the basic design and fantastic trigger remain the same after more than a century. Due to its popularity and long life, the 1911 has also been a popular choice for custom pistols, with a wide variety of sights, barrels, parts, and popular modifications. This example is a Commercial Government Model made in 1982. The descendent of the original Model of 1911, it has updates of the 1911-A1 as well as a collet-style bushing to improve accuracy. This one looks great and has hardly any wear, it will make a great shooter but is also a nice old pony to pass down through the generations.