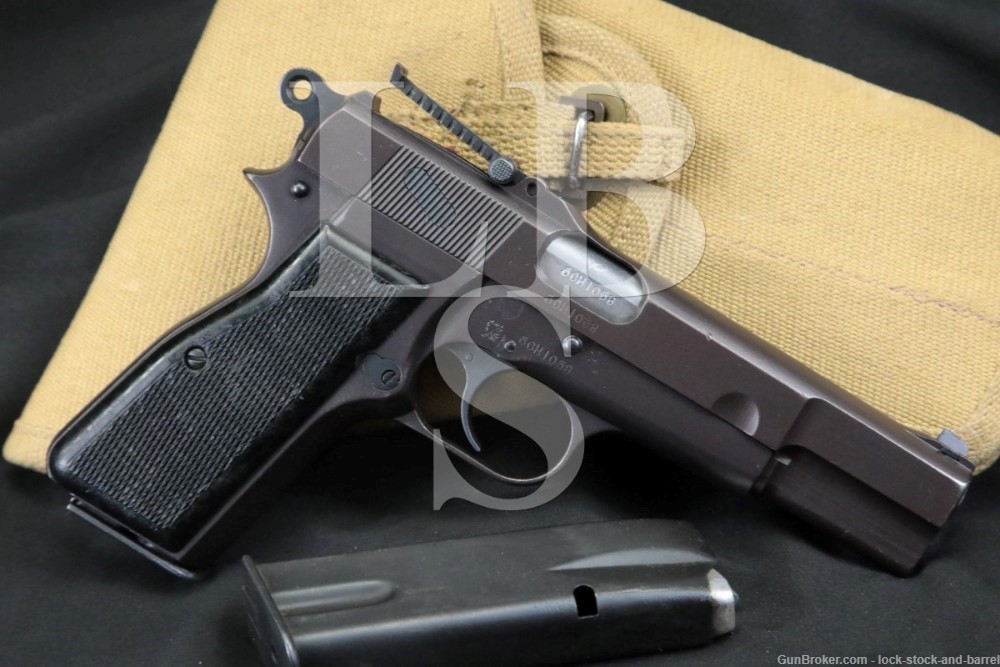 As stated by Ian McCollum, “During World War Two, the Canadian government set up a loan program to help Chinese companies provide all manner of material aid to Canada’s allies. Among many others, one recipient of this aid was the Nationalist Chinese government under Chiang Kai Shek. Chinese representatives asked the John Inglis company to manufacture no less than 180,000 Browning High Power pistols, and the company agreed. After some wrangling, Inglis acquired a license from FH representatives to make the guns, got a complete technical package through the British government and FN’s representatives in exile, and the direct personal aid of Laloux and Saive from FN. Delivery proved difficult, though, with only about 4000 guns being shipped to Karachi and then needing to be flown over The Hump in cargo planes, along with massive amounts of other aid – and a few pistols didn’t get a lot of priority there. By the fall of 1944, the contract was canceled under concerns that it was not really contributing to any progress in the war against the Japanese, along with insistence from American General Stilwell that the Chinese forces be armed with weapons that could be supplied more easily through the American logistic network.” This example is in Very Good condition and would make a fine addition to the collection