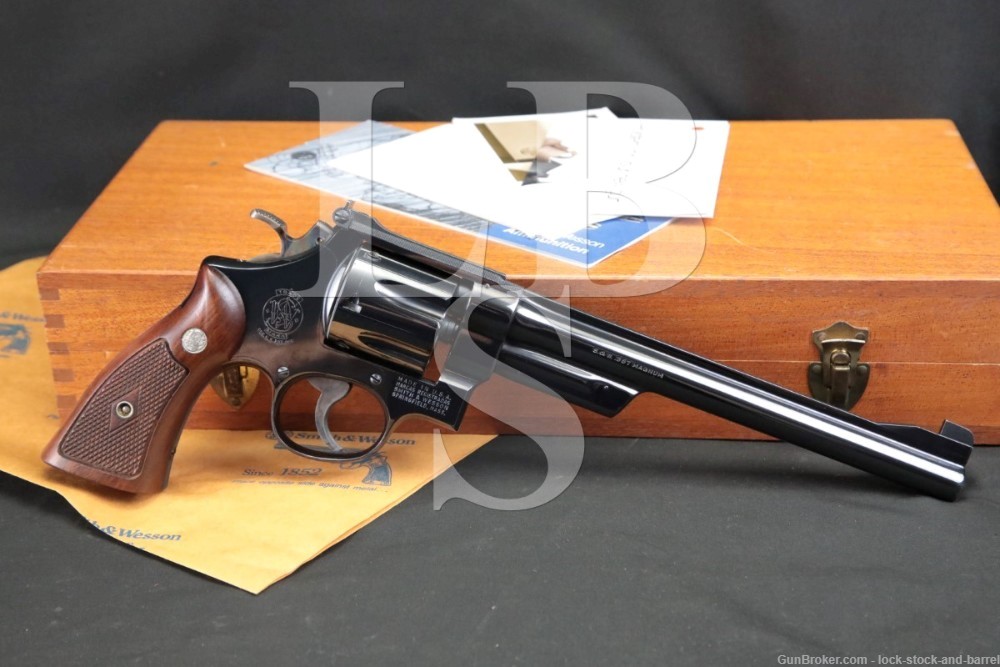 The .357 Magnum was the king of handgun cartridges for decades and Smith & Wesson made some of the best. This is a Smith & Wesson double-action revolver made in 1975-1976. When first introduced by Smith & Wesson in 1935 it was known as the Registered Magnum and in 1939 Smith & Wesson changed the name to “The .357 Magnum”, and later the Model 27. It was noted for its durability and reliability and has been a favorite of shooters since its inception. The 3 ½” barrel length version of this revolver was extremely popular with FBI agents from the 1940s to the 1960s. General George Patton carried an ivory handled Registered Magnum with a 3 ½” barrel (along with his ivory handled Colt Peacemaker) Patton called the Model 27 his “killing gun”. This 8 3/8″ revolver is in Excellent condition with little in the way of wear. This 27-1 revolver looks great and should be a hit with the collectors, especially with its accessories. If it gets past the collectors, some lucky shooter will get a chance at one of the strongest double-action .357 Magnum revolvers ever made, built on S&W’s N frame, also used for the .44 Magnum