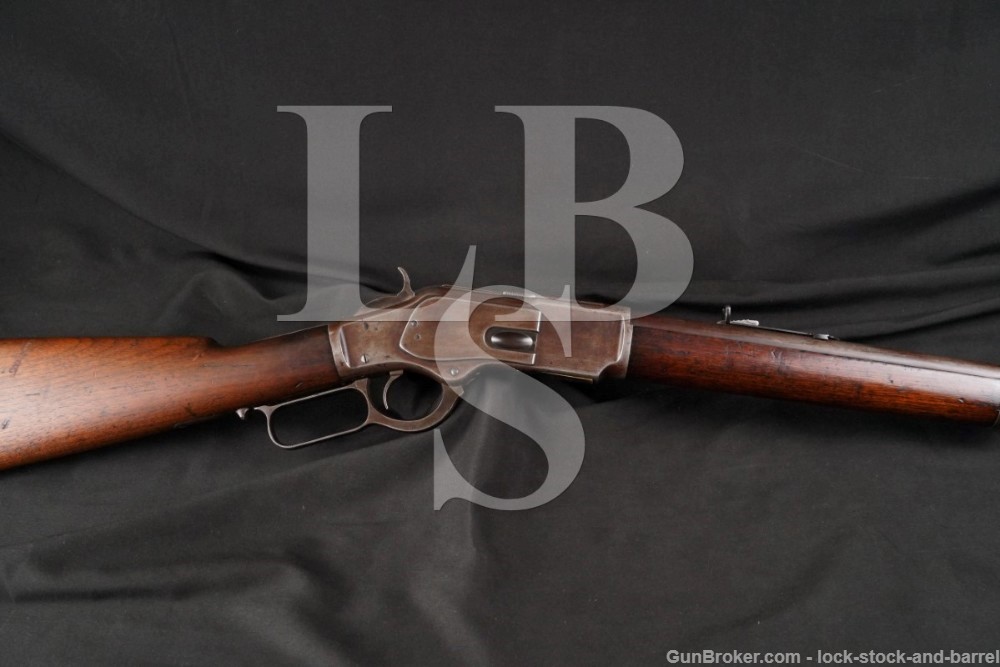 One of the most successful, and certainly one of the most famous Winchester rifles was the Winchester Model 1873, known as “The Gun that Won the West” for its predominant role in the hands of Western settlers. The Model 1873 had a steel frame that was much stronger than the brass framed Model 1866, allowing Winchester to develop a family of powerful new cartridges, with Colt usually producing Single Action Army revolvers in the same calibers shortly after they were developed.

This Model 1873 Rifle was made in 1889 and looks like it served generations well and survived through them in good shape. Collectors will be interested by the 1/2 length magazine, confirmed by the included Winchester Records letter as being an original factory feature. The rifle retains strong mechanics and would be a good candidate for restoration, though its documented special-order magazine will make a suitable addition to a Winchester collection as it is.