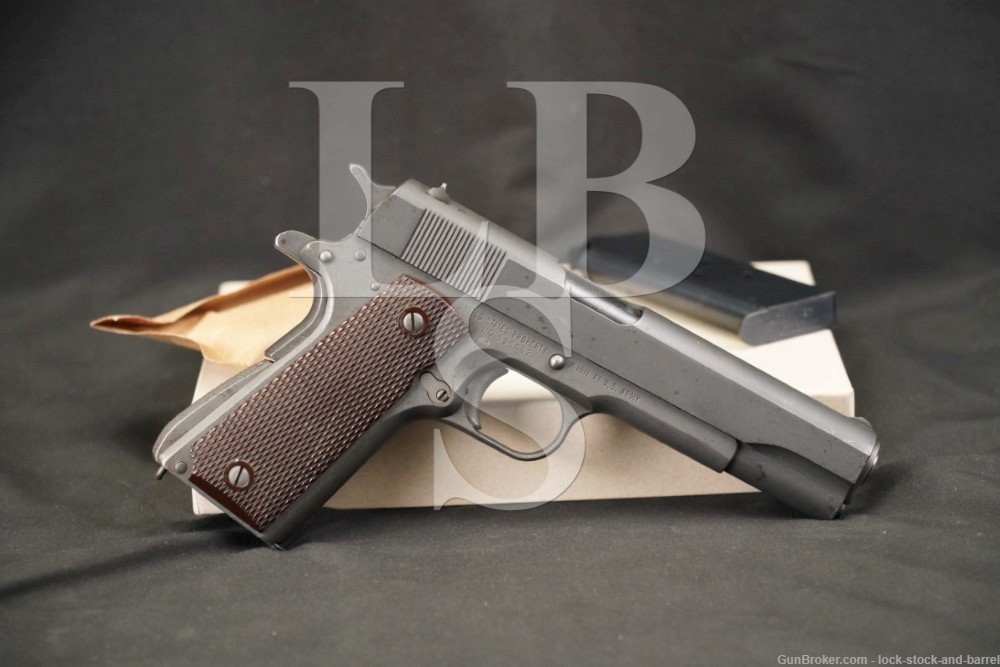 The Colt Model 1911 was one of the most iconic handguns to ever be designed. One of many ingenuitive designs from the legendary gunsmith John Moses Browning who was working for Colt at the time, the handgun was entered into the Army trials held at the beginning of the 20th century which sought to find a suitable semi-automatic handgun. It competed against some stiff competition which included Georg Luger’s beautifully crafted handgun. Ultimately, in 1911 the U.S. Army selected Browning’s design which was designated the M1911. The handgun’s first major trial would be during WWI when American servicemen employed it against German forces. The handgun proved its worth in numerous engagements. Following the conclusion of WWI, the gun was reworked and in 1924 the M1911-A1 was introduced; the new gun had a number of small modifications but the original design remained largely intact. When the United States entered WWII, a number of companies were enlisted into the war effort. The M1911-A1 would be produced by several different companies with over 1,750,000 units made in total for service with the U.S. military. After the war many of these handguns were worn from operational wear and many were refurbished at government arsenals before eventually being sold commercially. The M1911 would remain the standard issue sidearm of the U.S. Military until 1985 when it was finally supplanted by the Beretta M9.