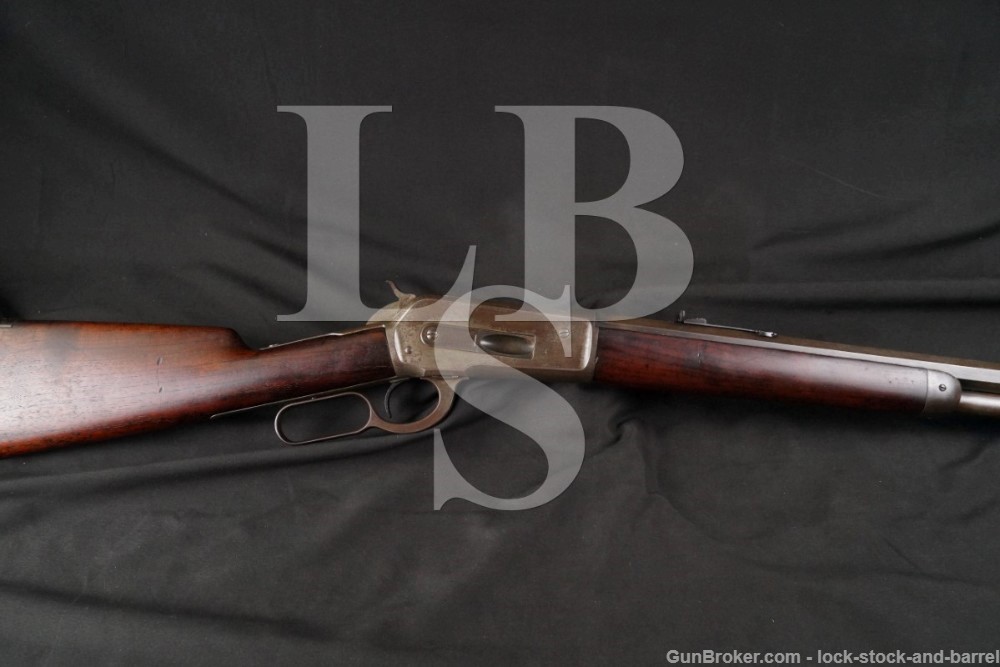 Winchester’s first attempt at a lever action rifle capable of handling a rifle cartridge was the Model 1876, which was a heavier framed version of the Model 1873. However, the toggle-link action used in the gun was still limited to short cartridges like the .40-60 and .45-60 Win. The Model 1886 was made to handle longer cartridges like the .45-70 Govt., and the .45-90 Win. and .50-110 Win. cartridges. The Model 1886 utilized a locked-bolt action that was much stronger than the M1876, and some think it is faster and smoother as well. The Winchester Model 1886 was touted as a lever action express model, capable of handling any of the North American game animals.

This rifle is chambered in .40-82 WCF, one of the original chamberings for this model. It has a blade front sight and a elevator rear with the top tang drilled, tapped and filled to accept a peep sight (none included). The rifle was made in 1895 and shows honest wear consistent with its age. It is in about Good-Very Good overall condition as Antique, and the bore has some erosion and light pitting but the rifling is still mostly well defined. The receiver has areas which almost appear to be nickel finished, but this is common to see on Winchester 1886 receivers which were case-hardened due to the increased nickel content of the steel caused by the hardening process. This rifle has shows its age, but the action still functions and the bore is still shootable. The collectors should be very interested in this rifle.