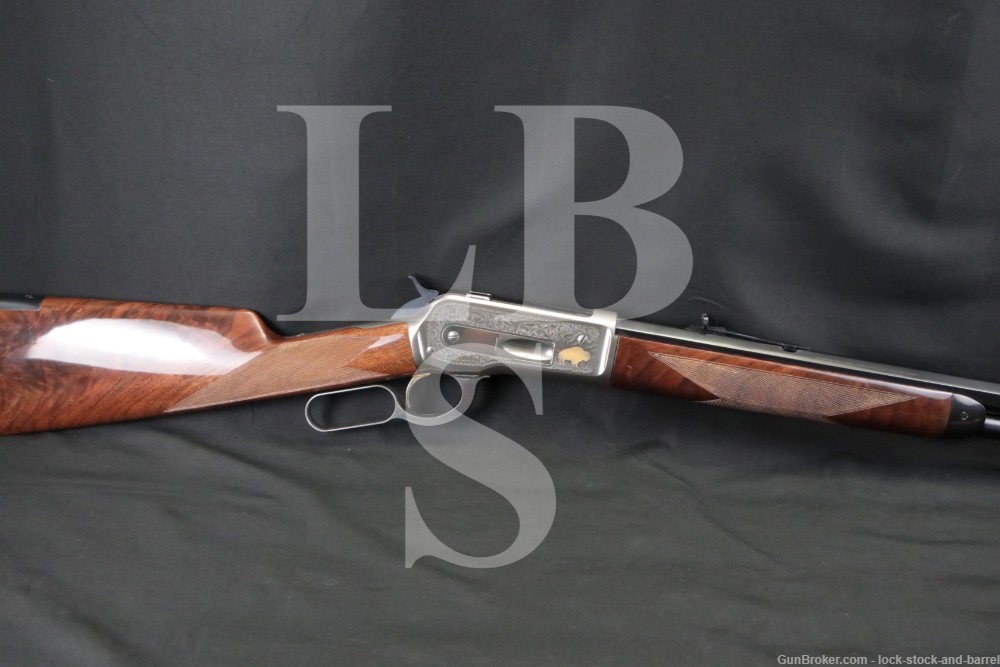 This is a Browning model 1886, a reproduction of the original Winchester which was designed by John Browning. The 1886 followed up the 1876, providing a much stronger action which was able to withstand larger and more powerful cartridges such as the .45-70, the issue rifle cartridge of the U.S. Army at the time. The design would later be shrunk for the model 1892. This modern reproduction has the same action and was produced as a limited edition in 1986 only and there were only 3,000 made. It features a French gray finished receiver with beautiful engraving and gold inlaid game scenes. This one doesn’t appear to have seen much use, in Fine-Excellent condition. It retains 98% of its metal finish with a great bore, strong mechanics, and would make a great addition to any collection. In such high condition, it will likely see interest from both Browning and Winchester collectors. If you’re looking for a .45-70 lever gun, you can’t do much better than this.