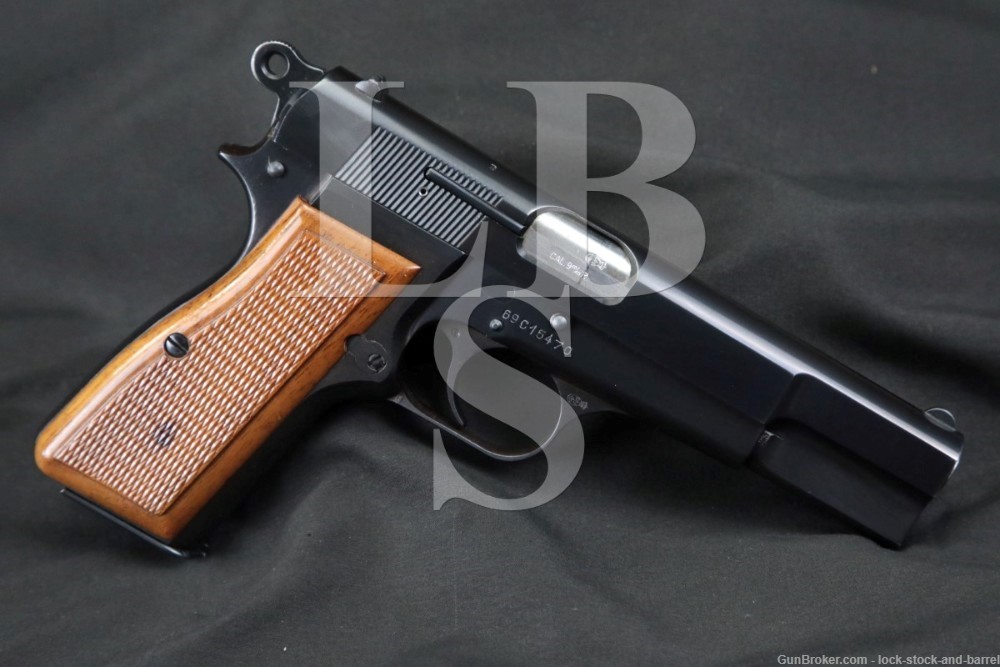 Browning Hi-Power pistols are known to be quality tried and trusted pistols. They have been the chosen sidearm by armies and police forces across the world throughout the millennia. Manufactured in 1969, this is a C-series example in about Fine-Plus condition and still has solid mechanics and a bright, shiny bore. The ring hammer was replaced by a Spur hammer by 1970. You will see some C69s with ring hammers, such as this example here. The C-series are not as highly sought after as the T-series BHP but they are certainly desirable and near completely identical. Except for the spur hammer, the bluing, polishing, and the serial number change the C series is identical to the T. This would make a practical self-defense arm or to have in your collection as an early commercial production Hi-Power.