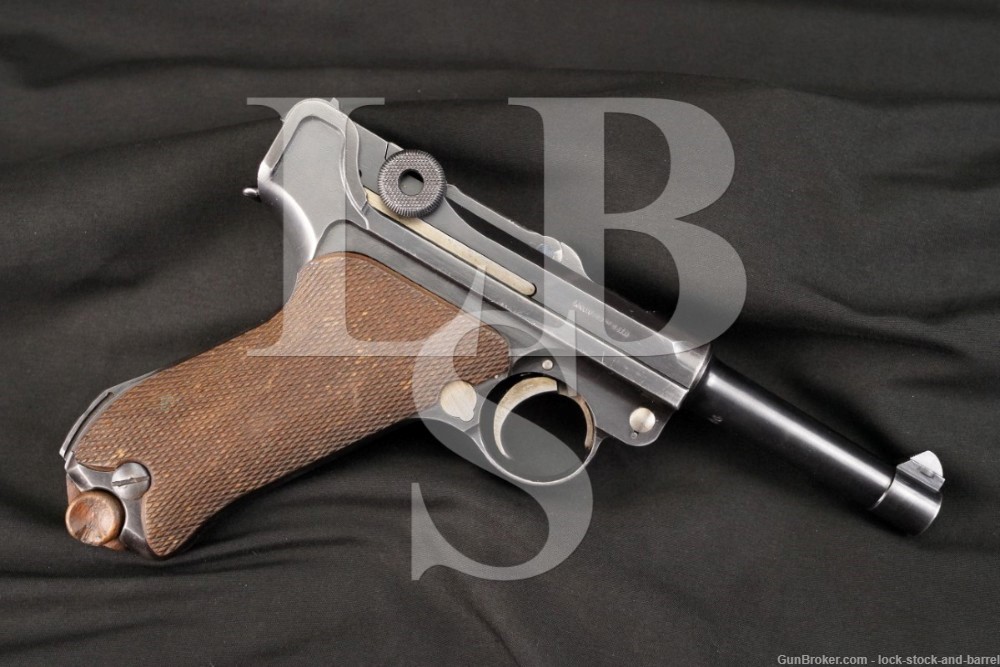 Bore Condition: The bore is semi-bright with mostly sharp rifling. There is some light erosion concentrated in the grooves.

Overall Condition: The pistol retains about 75% of its metal finish. There are light handling marks, nicks and scuffs. Notably, the finish has worn off the leading edges, some scattered spots of finish loss on the grip-straps and some scattered patches of light surface oxidation. The markings remain clear. The screwheads have light tool-marks but they remain serviceable. Overall, the pistol is in Very Good condition.

Mechanics: The magazine included with the handgun has some trouble seating properly in the frame. Otherwise, the action functions correctly. There is barely palpable play between the barrel assembly and frame. We did not fire this pistol. As with all used firearms, a thorough cleaning may be necessary to meet your maintenance requirements.

Box Paperwork and Accessories: The pistol comes with a single 8-round magazine. The magazine has light handling wear, but it remains in Very Good condition.

This particular Luger was refurbished and/or fabricated during the Weimar-era for commercial sales. It is chambered for the 7.65mm Parabellum cartridge, has a 3 5/8” long barrel and is marked “GERMANY” in English; all characteristics associated with a refurbished handgun destined for commercial sales in other nations. Between 1921-1928 there were a number of Lugers that were both refurbished and fabricated specifically for export, primarily to the United States with its large commercial firearms market (hence the English language “GERMANY” marking). These commercial exports are referred to today as the “alphabet DWM” Lugers due to the serialization pattern applied to them and the lack of markings typically seen on Luger P.08 handguns. This specimen has wear consistent with its age but it is still aesthetically pleasing. This fascinating old handgun is a great option for collectors of historical firearms. Good luck on your bid!