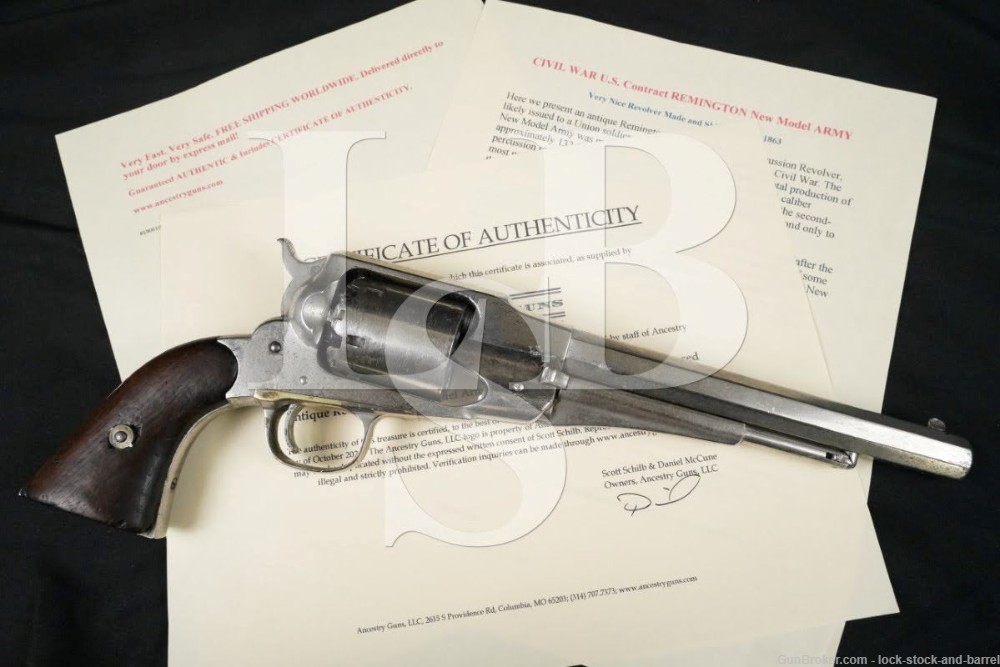 Stock Configuration & Condition/ Grip: The grip panels are two-piece checkered wood with smooth upper and lower borders. The grips have only light handling marks on their external portions and some scattered oil stains. The checkering remains sharp. Overall, the grips are in Very Good plus condition.

Overall Condition: The gun retains about 75% of its metal finish. The gun has some light handling marks, nicks and scuffs. Notably, there is finish loss along the leading edges, the grip-safety is coated in light surface oxidation and there are some scattered patches of light surface oxidation. The markings remain clear. The screwheads are lightly tooled and remain serviceable. Overall, the pistol is in Very Good condition.

Box Paperwork and Accessories: There is a single magazine included with the gun. The magazine is marked with the Astra logo. There are some light handling marks on the magazine but it remains in Very Good condition. .

Our Assessment: The Astra 300 was a Spanish handgun which saw extensive service in the Wehrmacht during WWII. During the Spanish Civil War (ca. 1936-1939), Germany sent Legion Condor to support the clique of fascist officers who launched a coup against the Second Spanish Republic. The fascist coalition would ultimately prevail and General Francisco Franco, remembered as El Caudillo, assumed power in Spain. The German servicemen dispatched to Spain were impressed with the Astra 300, thus during WWII the Wehrmacht placed a sizable order for the stalwart Spanish handgun.

The Astra 300 was a solid compact handgun, it was provided to the Wehrmacht between October 1941-July 1944, its supply only ended following the Anglo-American invasion of France in 1944 which severed the connection between Spain and Germany. The guns that reached the Wehrmacht were marked with Waffenamts, codes placed on German arms which indicated where they originated. It has been reported that the Astra 300 was primarily used by the Luftwaffe, but there is no solid evidence to corroborate this or what Luftwaffe formations would have received the guns.

This particular example has a waffenamt which indicates it was transferred from Spain to the Wehrmacht successfully. It was made in 1943, a year before the Allied invasion of France when traffic between Spain and Germany was still possible. The gun is nicely preserved and mechanically sound. This is a solid option for historical firearms collectors. Good luck on your bid!