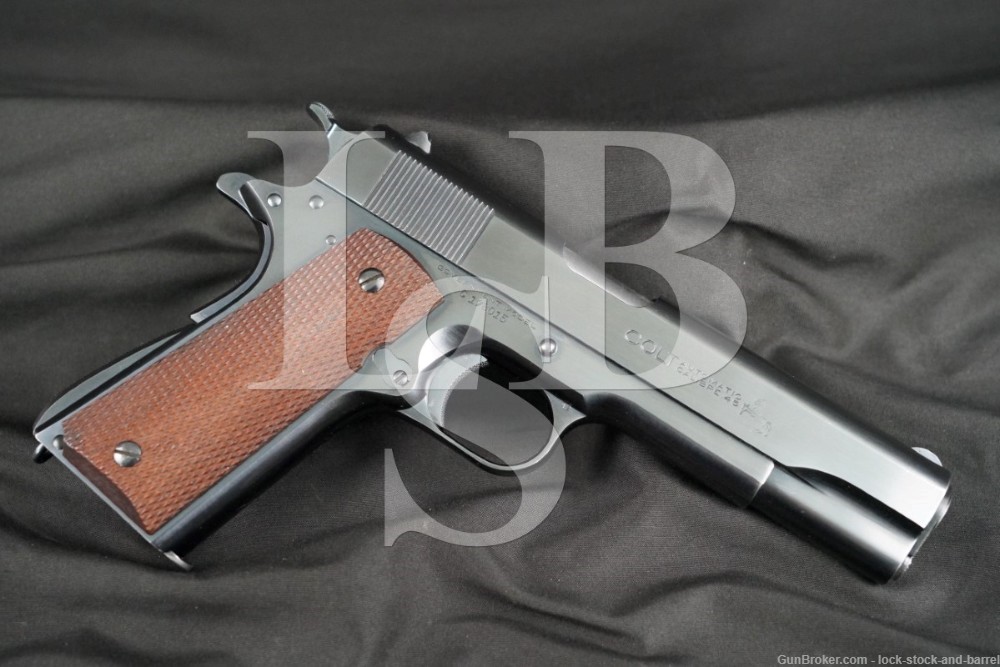 Stock Configuration & Condition: The grips are two-piece checkered walnut. The grips have faint handling wear with only a few minor marks. The checkering is generally sharp. There are no chips or cracks. Overall, the grips are in about Excellent condition.

Bore Condition: The bore is semi-bright with sharp rifling. There is some light erosion in the bore, mostly in the grooves and toward the muzzle-end.

Box, Paperwork & Accessories: This pistol comes with a single 7-round two-tone magazine. The magazine has minor operational wear,intact feed lips and a strong spring.

Having secured a contract for the US Military sidearm, Colt also offered the pistol to the commercial market as the “Government Model”. This is a Colt commercial Government Model made in 1935, a few years after the updates were applied which would result in the 1911A1. Namely, the new design had relief cuts in the frame on each side behind the trigger, a short, checkered trigger, and arched mainspring housing. During this period, Colt also serial-marked the slide, so it is nice to know that the slide is original to the frame. The pistol is in Very Good-Fine condition, appearing to have seen some use over the last 87 years. All of the old 1911 Colts are collectable, and this will be a great example to add to any collection. Please see our pictures and good luck in your bidding!