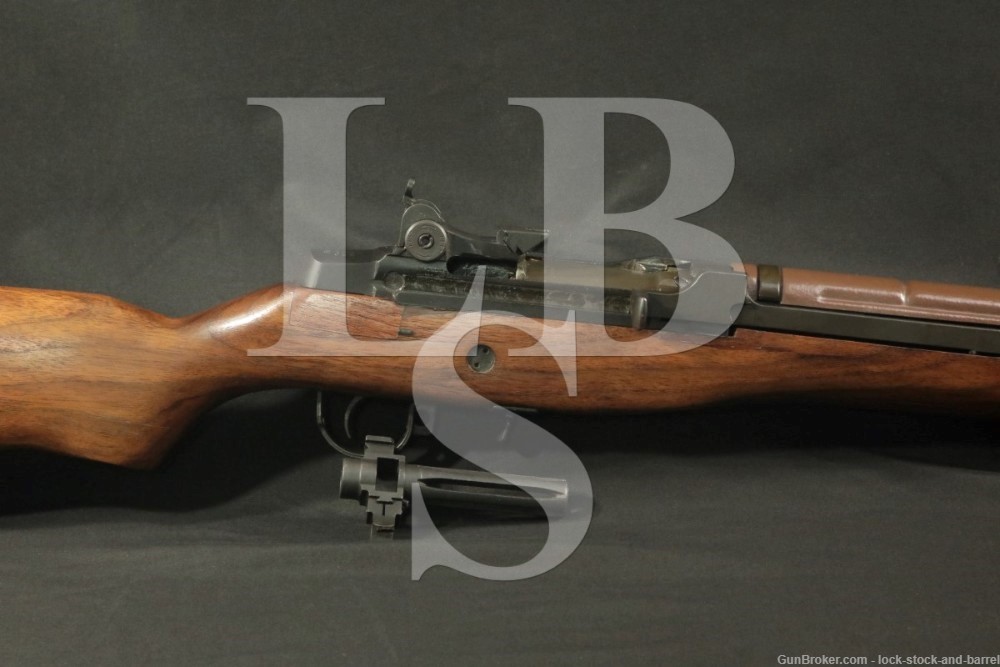 Stock Configuration & Condition: The M14 walnut stock has a pistol grip and uses a synthetic upper handguard. There are sling swivels mounted at the butt and on the forend. The buttstock has a checkered metal butt plate that swivels up to reveal a second checkered buttplate underneath it. The selector switch cut has been filled.  The second buttplate has a trapdoor covering two holes in the stock for storage of the included cleaning equipment. The stock has a few scattered light draglines and compressions with a notable scuff on the left side of the forend. There is also a slightly noticeable scratch on the left side. The LOP measures 13 1/4″ from the front of the trigger to the back of the buttplate. The plate shows no significant wear. The stock rates in about Very Good overall condition as modified.

Bore Condition: The bore is bright. The rifling is sharp & deep. There is no erosion but there is some minor fouling in some of the grooves.

Overall Condition: This rifle retains about 95% of its metal finish. There is light thinning along some of the leading edges. There is some erosion on the gas chamber. There are a few faint scratches throughout the barrel. The action shows light operational wear and there are light handling marks. The markings are deep. The screw heads are sharp. Overall, this rifle rates in Fine condition.

Our Assessment: This M1A was manufactured 1987 and was built with a TRW trigger pack and an M14 stock. This rifle has been nicely maintained, retaining roughly 95% original finish with a bright bore. This M1A is in Fine condition and should make its new owner smile every time they take it out to the range. All it will need is a magazine which shouldn’t be hard to come by. Please see our photos and good luck!