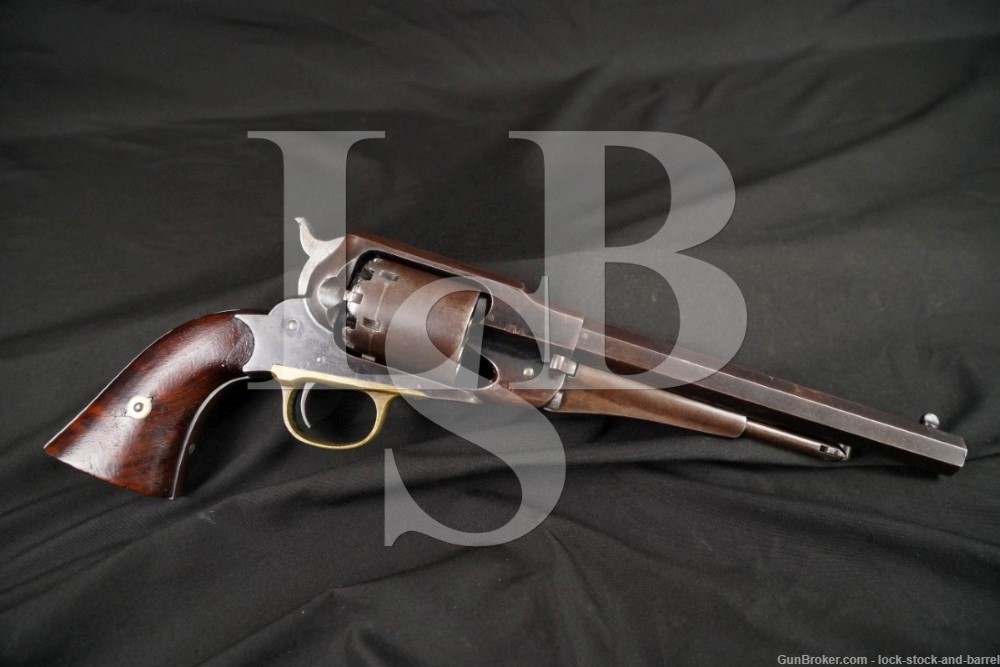 Stock Configuration & Condition: The grips are smooth wood panels. There is a crack on the right panel at the top. There are some scattered little nicks and a few light compressions. There are some little dings into the wood, the most noticeable are on the bottom faces. There is a small hairline crack on the left panel at the top. The grips are shy. The grips rate in about Very Good overall condition as Antique.

Bore Condition: The bore is bright and the rifling is deep. There are some scattered areas of light erosion and a few minor pits.

Overall Condition: This handgun retains about 50% of its metal finish. There is a mottled patina and mottled thinning. There are scattered areas of oxidation and light scabbing. There are some little nicks, dings, and a few light scrapes into the metal. There are some scattered areas of light erosion. There is a turn line through the finish. The screwheads display tool marks. The markings are clear. Overall, this revolver is in about Good condition as an Antique.