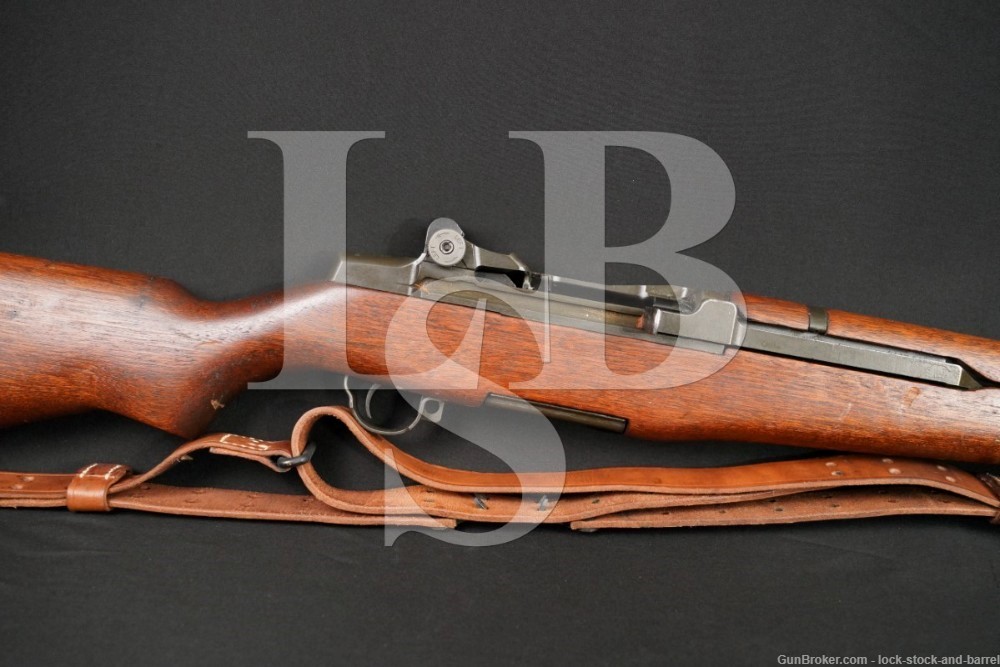 Stock Configuration & Condition: The wood stock has a pistol grip, metal nose caps, stacking loop, two sling loops, and a metal buttplate with hinged door for storage in the butt. The buttplate shows spots of discoloration from oxidation. The wood shows several scrapes & scratches. Some have damaged or removed small portions of the finish or surface wood. The LOP measures 13 1/8 inches from the front of the trigger to the back of the buttplate. The stock rates in about Very Good Plus condition.

Bore Condition: The bore is bright; semi bright at the muzzle. The rifling is deep. There is no erosion. The bore shows an M.E. of 1.3.

Mechanics: A spacer block is installed to prevent .30-06 from being loaded into the rifle.
The action functions correctly. We did not fire this rifle. As with all used firearms, a thorough cleaning may be necessary to meet your maintenance requirements.

Box, Paperwork & Accessories: The attached leather sling is marked ”M1907” and “MRT in a circle”.

This Springfield Armory M1 Garand was originally made during WWII. It has since been rebuilt and converted to fire .308 Winchester. A spacer block is installed to prevent .30-06 from being loaded into the rifle. The rifle was refinished when it was rebuilt so it looks pretty good for being almost 80 years old. This M1 Garand has lots of clear markings on the metal. It should make for a collectible M1 Garand that you can take out the range on a regular basis. Good Luck.