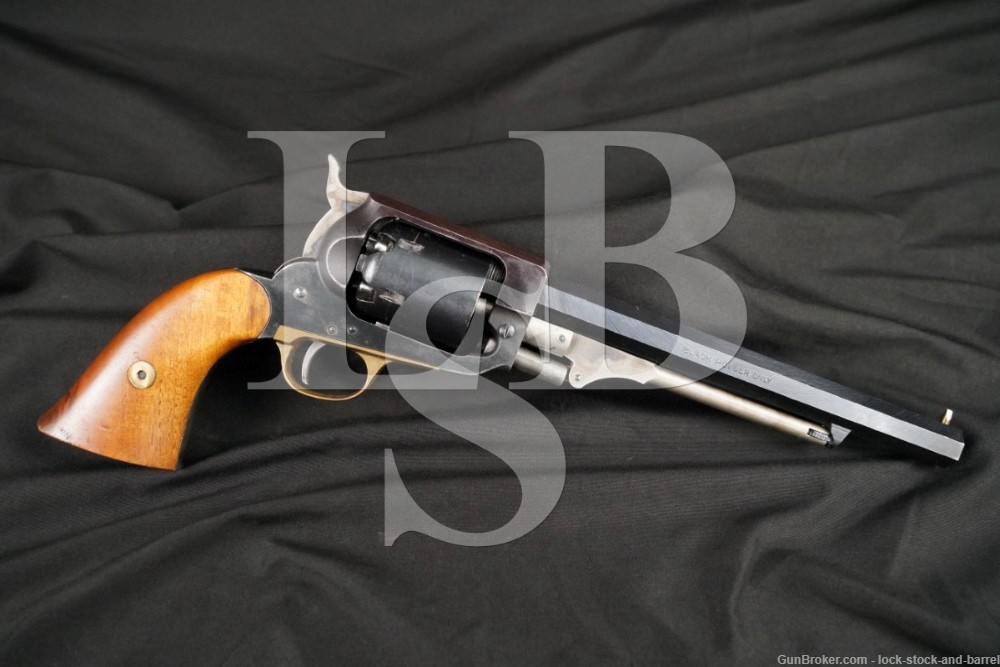 Make: Made by Palmetto in Italy for Dixie Gun Works

Sights / Optics: The front sight is a bladed post fixed to the barrel above the muzzle. The rear sight is a U-notch grooved into the top strap.

Stock Configuration & Condition: The grips are two-piece smooth wood. There are a few light nicks and dings in the grips, most notable on the left panel near the grip screw and at the bottom edge of the right panel. There are no chips or cracks. The grips are in Very Good-Fine overall condition.

Overall Condition: This handgun retains about 90% of its metal finish. The finish is thinning at most edges. There is some finish wear on the frame, mostly in the grip areas. The top strap has a plum hue. There are some scattered minor nicks and scuffs. The action shows light operational wear including a thin turn-line on the cylinder. The screw heads are tool marked with strong slots. The markings are clear. Overall, this handgun is in Very Good condition.

Mechanics: The action functions correctly. The cylinder locks in each position with a tiny bit of play. We did not fire this handgun. As with all used firearms, a thorough cleaning may be necessary to meet your maintenance requirements.

This 1861 Eli Whitney .36 Caliber revolver replica made by Palmetto for importer, Dixie Gun Works, keeps the original design alive and would make for a great conversation piece or a fun shooter for a black powder enthusiast. Good luck in your bidding!