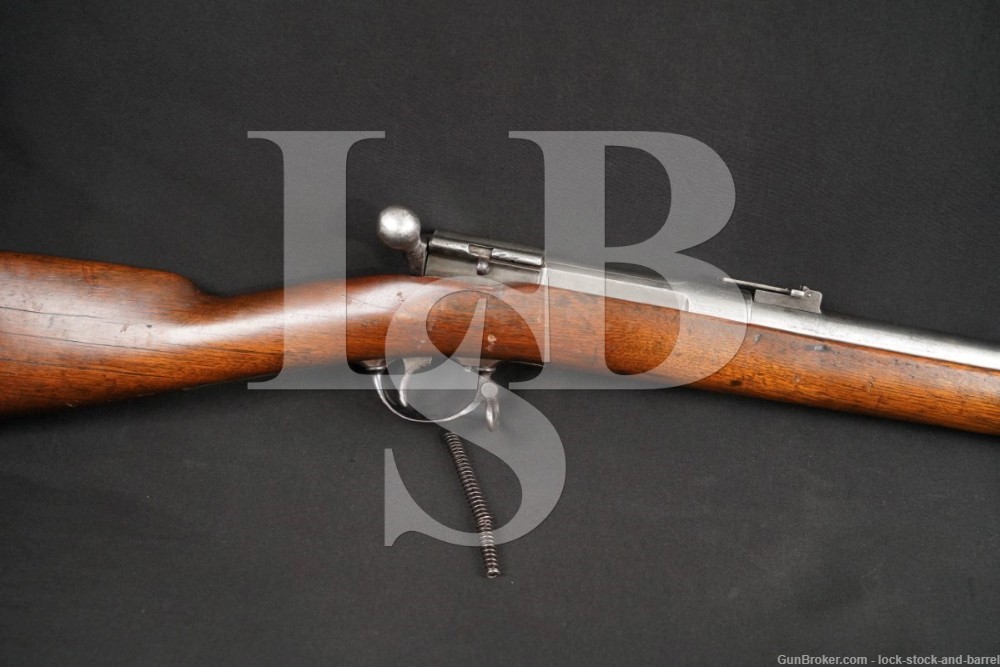 Year of Manufacture: Circa 1871, Antique

Overall Condition: The rifle has no metal finish. The gun is coated in scattered patches of light surface oxidation but remains mostly bright. There are some light handling marks, nicks and scuffs. Notably, there is superficial pitting in the receiver and some light wear around the muzzle. The markings remain clear. Overall, the rifle is in Poor condition due to a mechanical issue with the bolt but otherwise rates in Very Good condition for an Antique.

Mechanics: The bolt’s spring is damaged and will need to be replaced. Otherwise, the action functions correctly. We have not fired this rifle. As with all used firearms, a thorough cleaning may be necessary to meet your maintenance requirements.

Box Paperwork and Accessories: There is a damaged spring for the bolt which is included with the rifle.

Our Assessment: The US Model 1871 Ward-Burton was a single-shot bolt-action rifle which was made at Springfield Armory. Approximately 1,000 of these rifles were made for service with the U.S. Army, but the military establishment decided to retain the durable trapdoor action. The Ward-Burton was a well made early bolt-action rifle, but it simply did not offer a significant improvement over existing weapon systems. Despite this, by 1900 the United States, and virtually every other major power, had adopted bolt-action rifles as the age of the single-shot rifle came to a conclusion. This specimen’s bolt has a damaged spring, but aside from that it remains mechanically sound. It is a unique firearm that should prove a worthy addition to any historical firearms collection. Good luck on your bid!